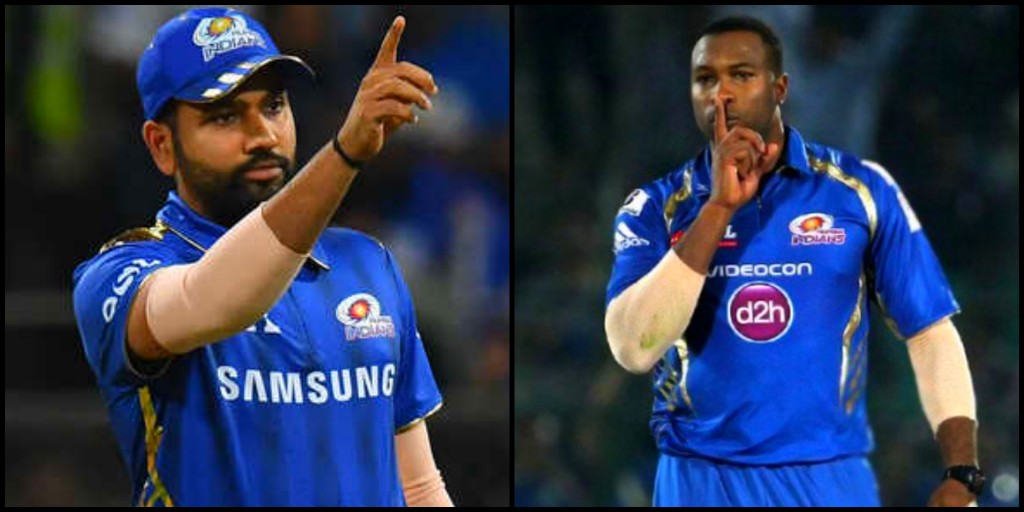 On 20th November, West Indies all-rounder Kieron Pollard’s strange social media activity made Mumbai Indians fans worried. He unfollowed his good friend and Mumbai Indians captain Rohit Sharma on Twitter. Both are playing together in the Mumbai franchise since 2011. The recent Twitter activity of Pollard has created a lot of drama but there is a twist in the tale.

Mumbai Indians Duo Unfollowed Each Other

All the drama is created for the upcoming series. India is going to play vs West Indies in T20I and ODI series in December. Today, Rohit Sharma posted a video which makes the things clear. He wished a Happy unfriendship day to Kieron Pollard ahead of the clash.

In Star Sports’ funny commercial featuring Rohit and Pollard for the T20I series, Rohit Sharma is hilariously unfriending Pollard. West Indies allrounder reacted to the ad posted by Rohit Sharma. He wrote, “This isn’t over, Rohit Sharma #UnfriendshipDay is on,” Pollard unfollowing Mumbai Indians captain is also the part of this drama.

Today, BCCI will announce both T20 and ODI squads for the series vs West Indies. Chief selector MSK Prasad will host the selection meeting for the one last time. Amid the drama created by Star Sports, selectors may give rest to Rohit Sharma against West indies.

As now Rohit is active in all three formats, the workload on him is increasing. However, reports are that Rohit Sharma doesn’t want rest against West Indies. But, when looking at tough New Zealand tour in January, selectors may give rest to him. Also, selectors have planned to give Indian blue jersey to Mayank Agarwal who has proved his mettle in Test Cricket. He may replace Rohit Sharma for the upcoming series.

Rohit is currently gearing up for India’s second test against Bangladesh at Kolkata. This match is hyped up as it is India’s first-ever pink ball test match. The match is starting on 22nd November at 1:00 PM.