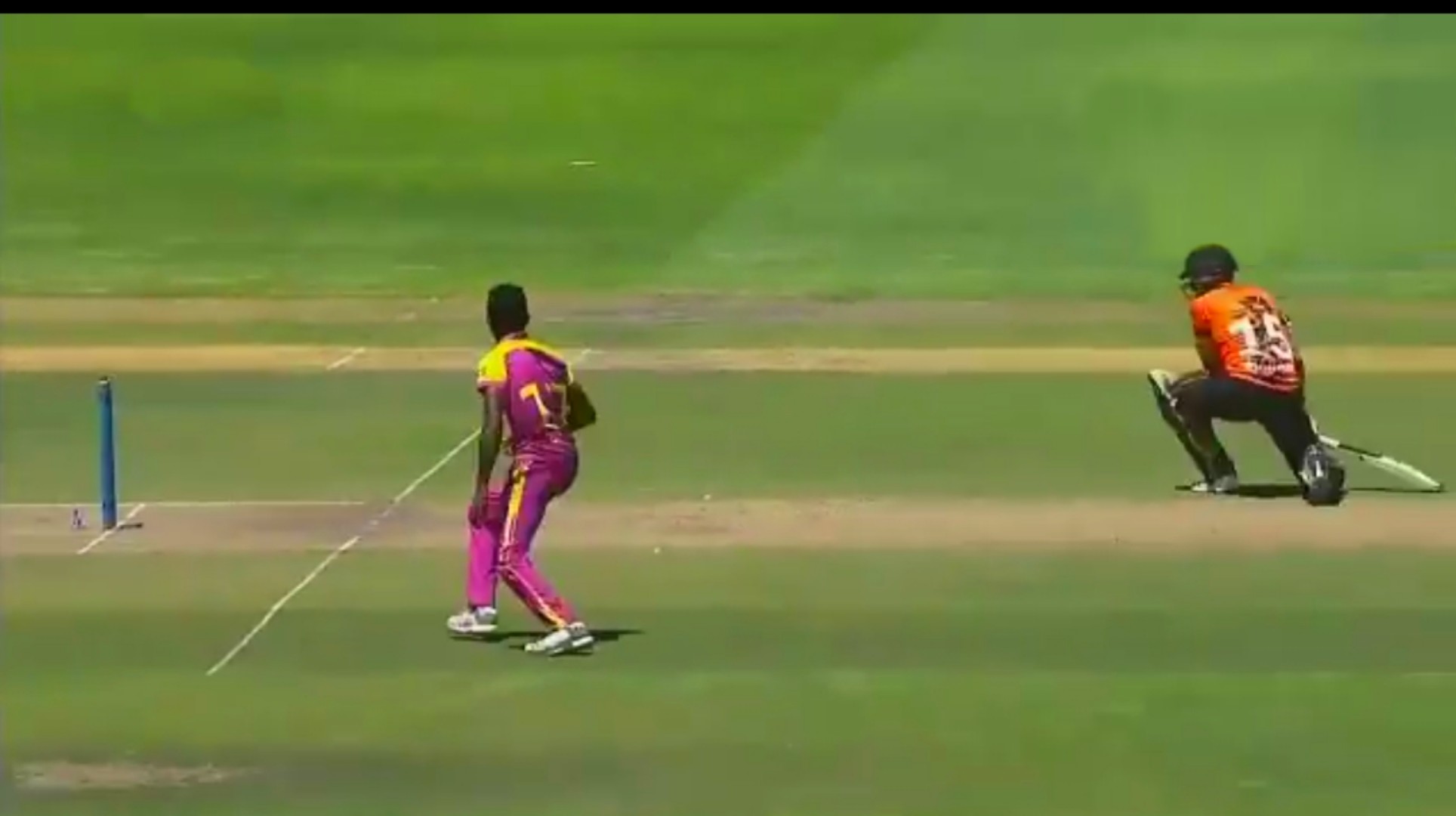 Mzansi Super League (MSL) 2019 has reached the final stage. Only 3 more matches are left in this 6-team tournament. One league match, eliminator and final on 16 December. On Sunday, the top 2 teams in the points table Nelson Mandela Bay Giants and Paarl Rocks faced each other.

During the Match Sri Lanka’s Isuru Udana intentionally missed a run-out chance for which he is getting praise from the fans. The incident happened during the 19th over of Bay Giants’ innings when they were chasing 168. Heino Kuhn and Marco Marais at the crease and the team required 24 runs in last 8 balls to win.

On the 5th delivery of 19th over which was bowled by Udana, Heino Kuhn went for a hard hit. But the ball hits his partner at the non-striker’s end. Marris fell down to the ground and the ball rolled back to the bowler. The incident created an easy run-out chance to the bowler. But showing sportsmanship, Isuru Udana decided not to run out the injured batsman and allowed him to get back to the crease.

Raise your hand for more moments like this! Always! ⁠🖐️🖐️🖐️🖐️#mslt20 pic.twitter.com/5nA8q9rQ2U

However, Nelson Mandela Bay Giants could score only 11 runs in the 8 balls. With the 12-run victory, Faf du Plessis-led Paarl Rocks gained the top spot in the table and qualified for the Mzansi Super League 2019 final while Bay Giants slipped to the 2nd position and now they will play the eliminator.

The last match of the league stage which is between Durban Heat and Jozi Stars will decide the no.3 team at the table which will be the 2nd team to enter eliminator. Currently, Tshwane Spartans are at 3rd position but Durban has a chance to replace them after winning the last match. So far, Ben Dunk has scored most runs (398) in this edition while Imran Tahir is the highest wicket-taker with 16 in his bag.