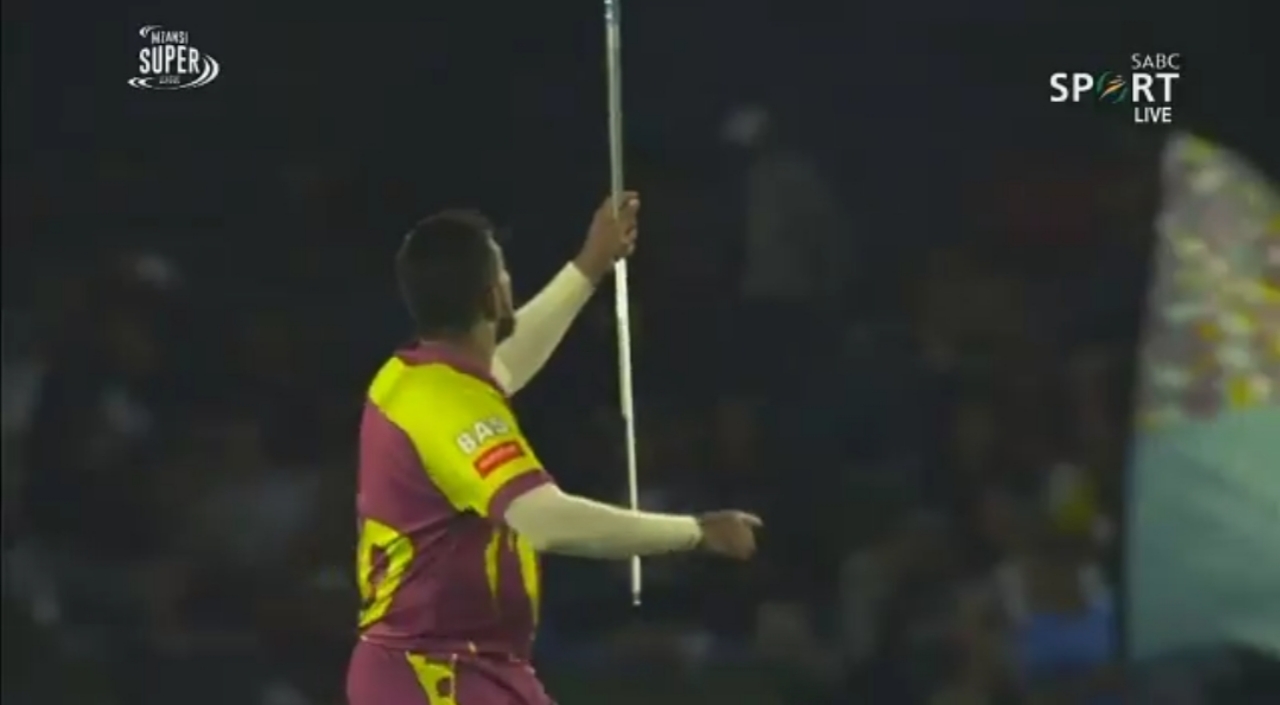 Earlier in the match, Durban Heat after winning the toss invited Paarl Rocks to bat first. Batting first Paarl Rocks manage to score 195-2 at the end of 20th over, thanks to Cameron Delport 84 runs off just 49 balls. From PR, Kyle Abbott and Malusi Siboto took 1-1 wicket each for the team. In the reply, Durban Heat chased down the score in the fifth ball of the 19th over, thanks to Alex Hales 92 runs off just 55 balls and remain unbeaten at the end. Hence, Durban Heat comfortably won the 24th match of the ongoing Mzansi Super League by 6 wickets with remaining 7 balls.

The best moment of the match was the magical celebration from Paarl Rocks’ bowler Tabraiz Shamsi. Here we are sharing the video of the incident.

Tabraiz Shamsi with the greatest celebration in sporting history. pic.twitter.com/o6UKtF0gS0

A bit of magic from @shamsi90 🎩
#MSLT20 pic.twitter.com/IxMqRYF1Ma