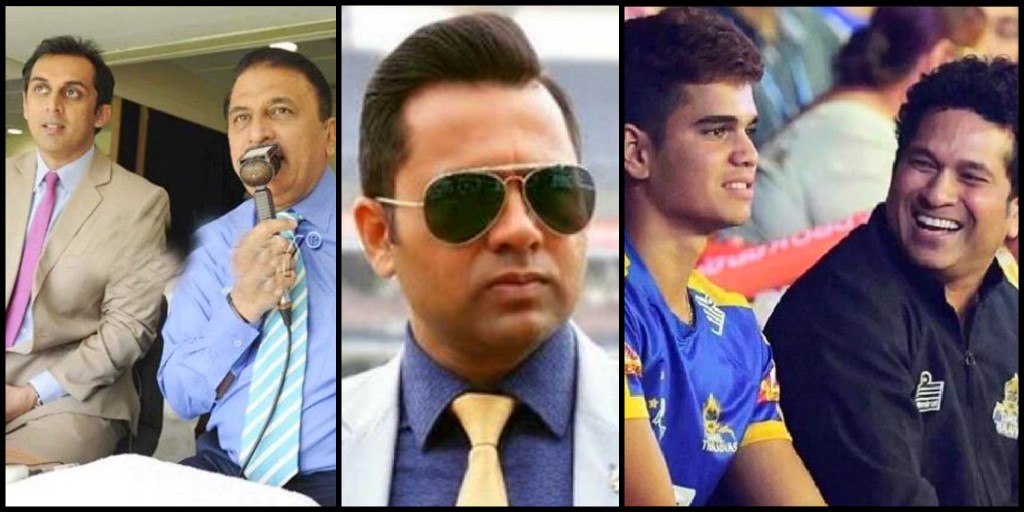 The sudden death of Bollywood actor Sushant Singh Rajput has exposed the dark side of the industry. The actor allegedly committed suicide in depression for lowing many producers refused to give him work and also roles which were offered to him were given to well-established actors or star kids. Nepotism in India is not a new thing. This is a thing in Indian cinema for over 40 years now.

The children of well-established actors get the lead roles in debut film while some great actors’ who don’t belong to a cinema family never get accomplishment. But after Sushant Singh Rajput’s demise nepotism has become a trending topic in India. The netizens have raised their voice to boycott it and support talented actors. Amid, nepotism in cricket has also become a hot topic.

Aakash Chopra on Nepotism in Cricket in India

However, Aakash Chopra said that it doesn’t work in sport. He cited Rohan Gavaskar and Arjun Tendulkar’s examples. Chopra reckons that Rohan Gavaskar played for India team India because of his good domestic performances in the domestic circuit and not because he is the son of legendary Sunil Gavaskar. Rohan has scored 10,208 runs with 19 centuries and 53 half-centuries.

However, the performance of left-handed batsman was not up to the mark and he was dropped from the side after playing 11 ODI matches. Chopra said that if there was nepotism in Indi cricket, junior Gavaskar should have played international cricket for a long time.

Chopra feels that same is happening with Sachin Tendulkar’s son Arjun. He played for u19 Indian team but was not selected for u19 World Cup. Also, he played in Mumbai T20 League but his performance was not this good that he could bag a call-up in Mumbai state team. So according to Chopra nepotism has nothing to do with cricket.

“You can say the same thing about Arjun Tendulkar. Because he is Tendulkar’s son, nothing was given to him on a platter. He didn’t get an easy access to the Indian cricket team. There were no such useless selections even in the India under-19 team,” Chopra added.