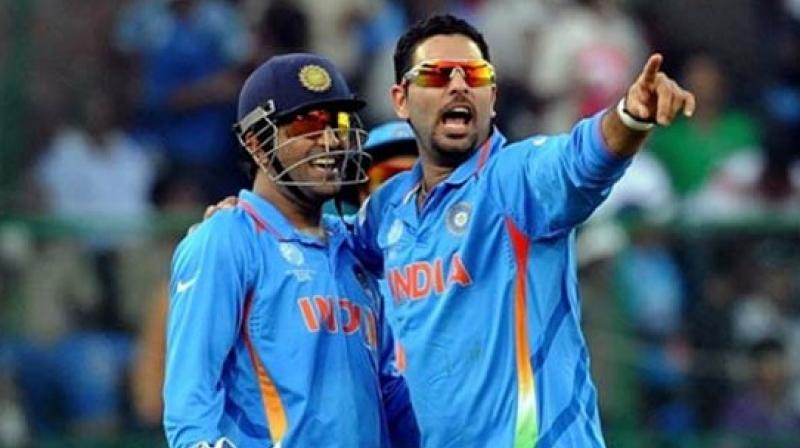 It’s a blunder but one that made for a hilarious moment. A news channel goofed up their show on MS Dhoni’s retirement by calling out to a ‘wrong Yuvraj Singh’. The anchor of the show had announced that they have lined up cricketer Yuvraj Singh as their guest but it turned out the person they contacted was not the cricketer whom they wanted to feature.

Media Channel Gets Their Guest All Wrong
Ever since MS Dhoni announced his retirement from international cricket, emotions have been pouring from all across. News channels to have lined up farewell shows and coverage of Dhoni’s successful career that spanned over a decade. However, one news channel got their tribute show all wrong when they ended up calling up a wrong guest to bid farewell to Dhoni. The channel they say had lined up cricketer Yuvraj Singh to bid an emotional farewell on Dhoni’s retirement over a call, but it turned out the person wasn’t Yuvraj but someone else completely.

Hilarious Reactions Follows After Goof Up
The person whom the channel contacted brought to light their goof up when he claimed to be someone else and not Yuvraj Singh, ‘the cricketer’. “Mai toh Yuvraj Singh bol he nahi raha hoon. Aap galat bande ko le aaye. Aapki TRP toh kharab nhi hogyi. (I am not Yuvraj Singh. You have called the wrong guy. Hope your TRP won’t get affected), ” he said. The channel seemed to have got it all wrong with their blunder.

In an instance, Netizens saw the hilarious side of this goof up and took to social media in bringing out their fun side. Many tweets trolled the news channel and the show’s anchor hilariously, while some praised ‘the wrong Yuvraj Singh’ for his expression. In the meanwhile, farewells continue to pour out for MS Dhoni with reports even citing at a farewell game to be played for the former India captain.

I have seen this live🤣🤣

Last night I got a call on my number and before I knew it I was being interviewed as yuvraj singh on zee news…this is what happened next https://t.co/o44OWqXiEQ pic.twitter.com/EHZ25M3NRT