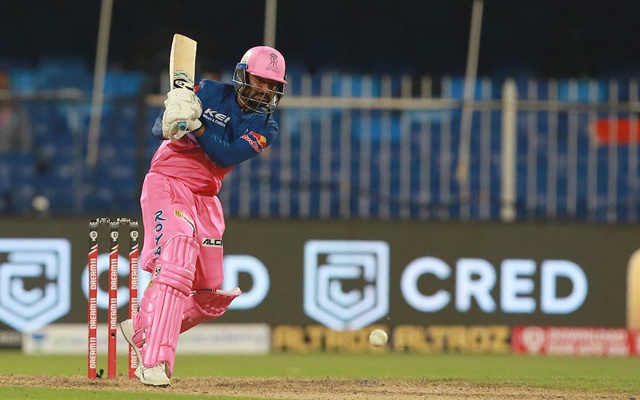 In a span of 6 deliveries, Rahul Tewatia wrote his name in to cricket’s record books and has gone on to become a household name thereafter. For in the game against Kings XI Punjab, Tewatia scripted an unlikely comeback victory for his team, virtue of which was the 30 runs (5 sixes) he hammered in an over from Sheldon Cottrell. And Delhi Capital had their new match-winner and unsung hero. However, a throwback video is been circulated recently in which Rahul Tewatia’s Delhi Capital teammates are seen making fun of him.

When Delhi Capitals Made Fun of Rahul Tewatia
In the 2019 edition of the Indian Premier League, Rahul Tewatia featured for the Delhi Capitals. In the game against Mumbai Indians, Tewatia achieved a rare feat of taking four catches. And the sad part of the story, Tewatia wasn’t recognized for what he had achieved.

Even at the post match talk in the dressing room, when addressing the team’s performance, coach Ricky Ponting had overlooked Tewatia’s four catches. In fact, Tewatia was even mocked at for been wanting to be recognized for what he had achieved. In the viral video been circulated, the coach and his former teammates can be seen making fun of Rahul Tewatia.

"You have to fight for what you are owed."

The story of Rahul Tewatia, who last night went from zero to hero in the course of a single over.#IPL2020 pic.twitter.com/ShYE11lkRx

From Zero to Hero in 6 Balls
Rahul Tewatia made a huge impact for himself within a span on six deliveries in which he smashed five sixes. He was heavily trolled on social media for the slow start to his innings. For it was not only fans but also cricket experts who were criticizing his approach to a huge run chase.

But Rahul Tewatia, for the fighter we all know in him, turned the game around in no time; leaving most ashamed for the comments they made on him earlier. Throwback to the dressing room talk last year and Tewatia can be seen telling his teammate (Axar Patel) of how he has owed his recognition for the hard work he has put in.

Hard Work Pays Off
Rahul Tewatia smashing 30 runs in an over which included 5 sixes will be etched in cricket memory forever. It was the sheer self-belief and hard work that highlighted his knock against the Kings XI Punjab. If for once he was been made fun off, today he has turned it around himself and can have people look at him as a hero.