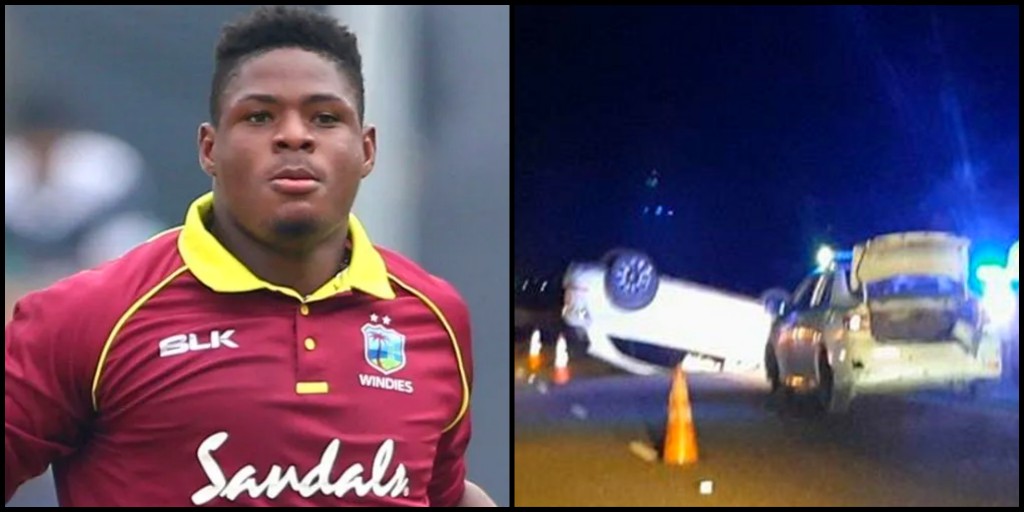 On 16 February, West Indies fast bowler Oshane Thomas met with a car accident. The car of the cricketer collided with another vehicle at Highway 2000 in St Catherine, Jamaica on late night. After the collision, Thomas’ vehicle overturned and the pacer faced minor injuries.

Oshane Thomas was driving his Audi and was the only person in the car during the accident. He was conscious and responsive on the way to the hospital. After the treatment and scans, the pacer is recovering well and is out of the danger.

The association further added, “Thomas was reportedly involved in a two-vehicle collision on Highway 2000 near Old Harbour in St. Catherine and was taken to hospital. WIPA’s executive and staff would like to extend our sympathies to Oshane. We wish for him a speedy and full recovery,”

Oshane Thomas is the part of Rajasthan Royals since the last season. In 4 matches in IPL 2019, the cricketer took 5 wickets. The franchise had released him ahead of the 2020 auctions but bought him back for 50 lakh rupees. 23-year old is the part of Royals’ pace unit alongside Jaydev Unadkat, Andrew Tye, Varun Aaron, Kartik Tyagi.

The Jamaican bowler made his debut for the national side against India in 2018. In 2019, West Indies board named him as the emerging player of the year. So far he has taken 19 wickets including one five-wicket haul in 10 ODI matches for West Indies. In 7 T20 internationals, Oshane could get 5 wickets. In 2019, he also received a call-up in the test team for the series against England. However, he did not get the chance in series.