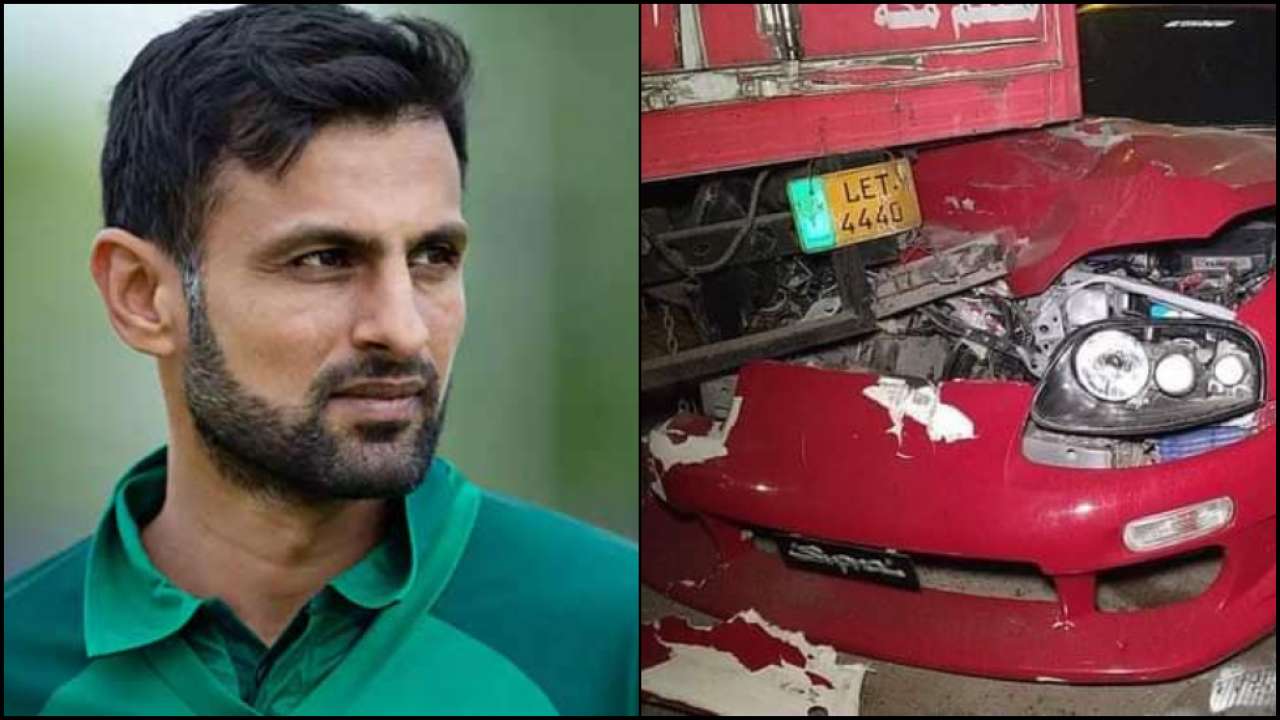 Pakistan all-rounder Shoaib Malik survived a close call with a potentially life-threatening car accident on Sunday. The former captain of the men-in-green crashed his sports car into a truck parked outside a restaurant in Lahore while returning from the 2021 Pakistan Super League (PSL) draft.

Malik had been attending the draft as a guest of honor for the Peshawar Zalmi franchise. The draft process spanned for a long amount of time, totaling up to nearly half a day’s worth of time. More than 400 international players went under the hammer in the auction that was organized at the National High-Performance Centre (NHPC) in Lahore.

The event extended into the night until around 9 PM. Malik was heading back to his hotel from the NHPC when he lost control of his car and inadvertently hit a truck parked outside a local restaurant.

According to sources from SAMAA TV, Shoaib was trying to get past his teammate Wahab Riaz’s car when the mishap happened. He did his best to avoid a collision but ended up completely wrecking the front of his car. Thankfully, Shoaib was able to deboard his vehicle just in time and avoided injuring himself. Here’s a video showing the injury sustained by Shoaib’s car from the crash.

Moments after the news report went viral, fans started to bombard Shoaib’s social accounts with well-wishes and prayer tweets. Shoaib eventually confirmed that he had left from the disaster unhurt and thanked his fans and Almighty for the love. Here’s the tweet he posted shortly after the accident:

– "I am perfectly all right everybody. It was just a happenstance accident and Almighty has been extremely Benevolent. Thank you to each one of you who've reached out. I am deeply grateful for all the love and care…" ~ Shoaib Malik

An eyewitness from the incident was quoted as saying, “Shoaib Malik Sahab was sitting in the car. He was present on the spot, and I tried to take a video of him but he requested me not to.”

Malik’s safety comes as a big relief for his countless fans all around the world. While he hasn’t been active on the international circuit as much; Malik’s form in T20 leagues has been quite impressive. Last year, he starred in a victorious Lanka Premier League campaign for the Jaffna Stallions where he scored 203 runs. Malik will play as a Platinum-tier player for Peshawar in this year’s PSL and would be eager to cement his spot in the national team ahead of the upcoming WT20 in India.