Pakistani fans had engaged in immense celebrations commemorating the return of quality international cricket in their country. However, that excitement took a massive beating on Monday, when several Sri Lanka players opted against touring their sub-continental neighbors Pakistan. The move sure left a bitter taste on several of the Pakistani cricketing chief’s mouths, some of whom retaliated by questioning the Lankan Players’ intent and the its lack of. However, Pakistani minister Chaudhary Fawad Hussain found a totally different side to blame his finger on, claiming that India had ‘threatened’ the Lankan players.

On Tuesday, the Pakistani minister of Science and Technology tweeted about the situation. He claimed reporters had notified him that ‘India’ threatened to oust players from the IPL if they played in Pakistan. He labeled this as a ‘cheap tactic’, and further criticized the ‘jingoism from sports to space’. Here’s the full tweet that he posted:

Informed sports commentators told me that India threatened SL players that they ll be ousted from IPL if they don’t refuse Pak visit, this is really cheap tactic, jingoism from sports to space is something we must condemn, really cheap on the part of Indian sports authorities

Fawad and his allegations

It is interesting to note that Hussain has refused from mentioning any official Indian body, and has categorically blamed ‘India’. In fact, of the players unwilling to travel, only pacer Lasith Malinga has an IPL contract with Mumbai Indians. Hussain has a reputation of being somewhat ‘motormouth’; his comments and allegations have drawn mixed reactions from the Indian public on multiple occasions.

Lankan players were attacked in Lahore 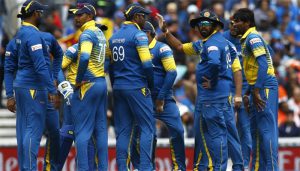 The Sri Lanka Cricket (SLC) issued a statement that said the decision was taken after a meeting between the board and the players on Monday. The players skipping the (Pakistan Sri Lanka) tour have reasoned lack of confidence on the security as their primary reason for not playing. Their grievances do not lack precedence; exactly 10 years ago in 2009, a terrorist attack in Lahore targeted Lankan players on a bus. Several players endured injuries and mental trauma because of the incident. Pacer Suranga Lakmal, who has made himself unavailable, still carries a bullet splinter from that attack on his leg. Besides Lakmal, T20 captain Lasith Malinga, test and ODI skipper Dimuth Karunaratne and wicket-keeper Niroshan Dikwella are some of the big names missing out. The Pakistan Cricket Board has said that it will welcome any team and players the SLC decides to send.

How justified do you think are Fawad Hussain’s allegations? Is security fear a legitimate concern for a player to skip an assignment? Will Pakistani fan ever see the return of top-quality international cricket in their homeland? Let us know of what you think in the comments.