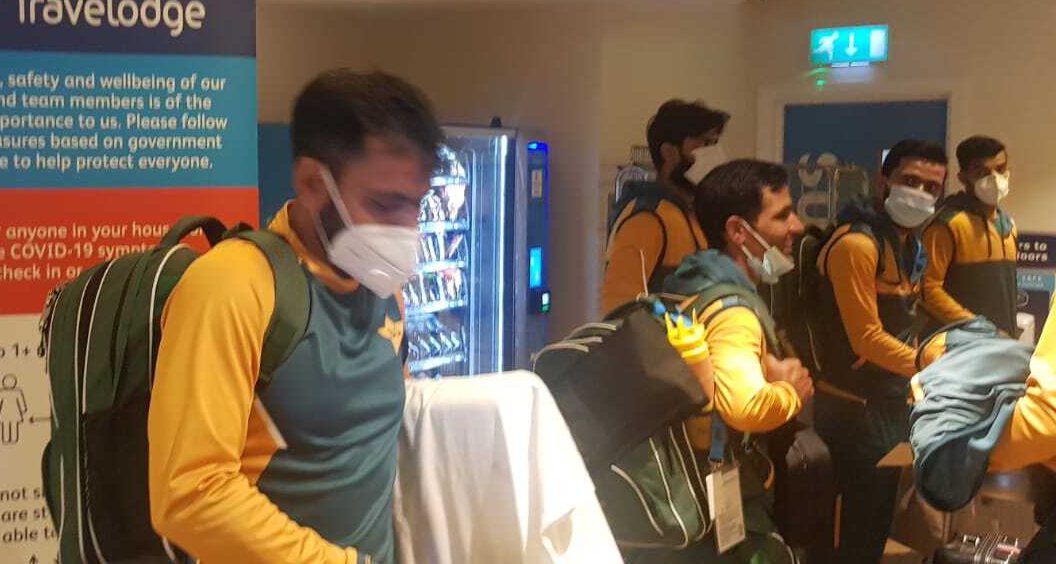 The cricket fraternity is trying their best to bring the sport back on track. Different boards are taking steps towards making the sport possible in their country and few local leagues have already commenced. The Pakistan team is all set to play against England and they landed in the country recently.

This will be the first international series for Pakistan after cricket across the world was halted following the COVID-19 outbreak. The team is going to play a three-match Test series, which will be followed by a three-match T20I series starting from July 30 till September 2, 2020. Azhar Ali has been appointed as the Test captain, while Babar Azam will lead the side in the T20I series. Shoaib Malik is also with the Pakistan team.

The team ate on the floors: Cricket Pakistan

Cricket Pakistan reported that the team stayed in a 3-star hotel during their 14-day isolation period in Worcester. The report also stated that the players were given food on the floors as it was not possible to dine together, keeping social distancing in mind.

The team have now moved into a Travelodge in Derby, after the completion of the isolation period in Worcester. The team will continue their preparation here for the upcoming series. The scenario will change now and the players will be able to dine together as no other guests will be staying in Travelodge.

In addition to the series, team Pakistan will also be playing two intra-squad matches while their stay in Derby. Each match will last for four days. The first match will be played from July 17 to 20 and the second one will begin on July 24.

Below is the full schedule of Pakistan’s tour of England