Sri Lanka will be hosting Afghanistan for a 3-match ODI series, starting November 25. 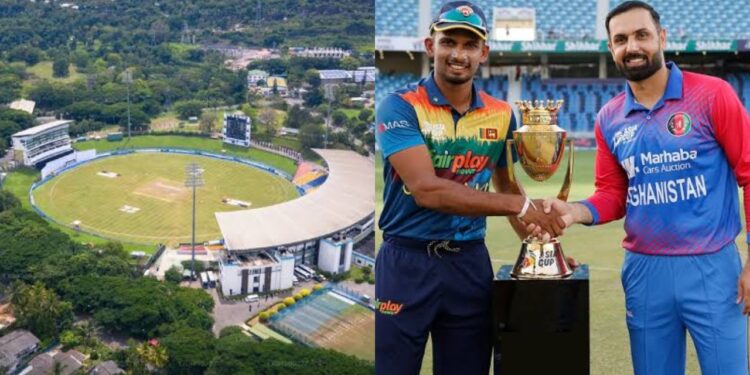 The Afghanistan tour of Sri Lanka which consists of 3 ODIs is set to begin this Friday. Both sides will be facing each other in the 1st ODI at the Pallekele International Cricket Stadium. The remaining two games as well will be played at the same venue on the 27th and 30th of November respectively. The Pitch Report of the Pallekele International Stadium for the SL vs AFG ODI series is provided ahead in the article.

Both Sri Lanka and Afghanistan played their last ODI series back in June 2022. The Afghans managed to whitewash the series 3-0 against Zimbabwe in an away series. On the other hand, Sri Lanka defeated the Australian side 3-2 at home.

The teams that have chased at the Pallekele International Stadium have had a slight edge over the sides that have batted first.

The Pallekele Stadium pitch is a batting-friendly surface where the batters tend to dominate. There won’t be much help for the pacers in the surface. Batters will not face much difficulty to settle in, and once settled they might go on to score big runs here. As the matches progress, the Pallekele International Stadium pitch tends to turn a bit drier and starts favoring the spinners. With both sides having great spin options, it would not be surprising if we get to see match-turning performances from the spin department.

A score of around 270 would be an ideal total at the Pallekele International Cricket Stadium. Captains should look to chase here.

The weather would remain partly cloudy over Pallekele over the next few days. There is a 50% chance of rain on Friday hence the 1st SL vs AFG ODI might be a rain-affected game.