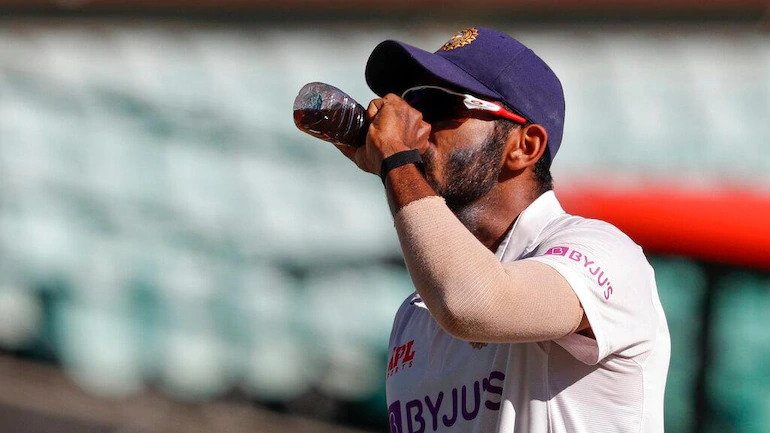 Team India is locking horns with Australia currently in the third Test match of the Border-Gavaskar Trophy. The series is tied at 1-1 at the moment and both the teams are looking to get a 2-1 lead over their opponent. Australia posted 338 on the board in the first inning while they declared their second inning on 312 at the loss of 6 wickets. Amidst all the action, Umpire Paul Reiffel gave a hilarious reaction which caught the attention of the viewers.

Team India couldn’t play to their potential in the first inning as they fell 96 runs short of Australia’s first inning total. The pitch in Sydney has been batting friendly and the Indian bowlers did a fantastic job of bundling up Australia for only 338. However, they couldn’t replicate the same in the second inning and Australia set a daunting target of 407.

The target looks even more menacing considering the fact that team India is batting 4th. Injuries have been a real cause of concern for team India as they lost yet another player in Jadeja who injured his thumb and has been ruled out of the series. Bumrah is the only experienced bowler Rahane has for the remainder of the series.

In the second Australian inning, Bumrah took the bails off while going for his run up. The reaction by Umpire Paul Reiffel on the same made everyone laugh. Paul Reiffel gave a very surprising look which tickled the funny bone in everyone. Bumrah bowled amazingly well in the second inning but could only take 1 wicket for the saying.

It is going to be an uphill task for the Indian batsmen to win or even draw the match. They will have to make sure that they spend as much time in the middle as possible. It’s highly unlikely that team India is going to win the match.