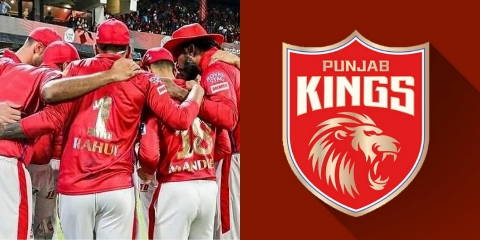 IPL 2021 is now one and a half months away to kick start. All 8 franchises have started their preparations for the 14th edition of the cash-rich league. In the recent auction, teams bought their favourite players and strengthened their squads. However, ahead of the season, the Punjab franchise has gone to the superstitious side. IPL team KXIP changed its name to PKS. The franchise also changed the logo for the first time since the start of the league.

The full form of IPL team PKS is Punjab Kings. The franchise is co-owned by 4 persons; Mohit Burman (46%), Preity Zinta (23%), Ness Wadia (23%) and Karan Paul (8%). The catchment areas of the team are Punjab, Haryana, Himachal Pradesh, Jammu and Kashmir. While its home ground is PCA stadium, Mohali.

Meanwhile, on renaming the Kings Punjab IPL team to PKS, Co-owner Ness Wadia said, “The team management wanted to relook at things. The team needed to rebrand and reinvent themselves after 13 editions. As they say, if something doesn’t work, change it and try and get it working”. The owner also reveals that Punjab Kings will don a new jersey in 2021. The team will release the jersey in March.

However, it’s not the first time Punjab Kings have made an experiment. In each and every season the franchise has tried something different. KL Rahul is the 12th captain of the team making it the franchise that has changed the most number of captains. After participating in all seasons, Punjab-team could reach the final only once. In 2014, PKS played the final against Kolkata Knight Riders but couldn’t get their hands on the trophy. However, the performance of the PKS team has seen a spike in the last few years.

Ahead of the auction this year, Punjab-franchise had released 9 players from the squad including costly players Glenn Maxwell, Sheldon Cottrell. Punjab Kings were left with a huge amount of 53.1 crore to spend in the mini-auction. PKS spent 33.65 crore rupees to bring 8 players on the roster. Meanwhile, Australian bowler Jhye Richardson was the most expensive bid (14 crore) made by Preity Zinta-owned PKS. The schedule has not yet announced but BCCI has let us know that the season will start in April. As per the reports, two venues in India can host the full season.