Portugal and Switzerland will meet in a World Cup match for the first time today. 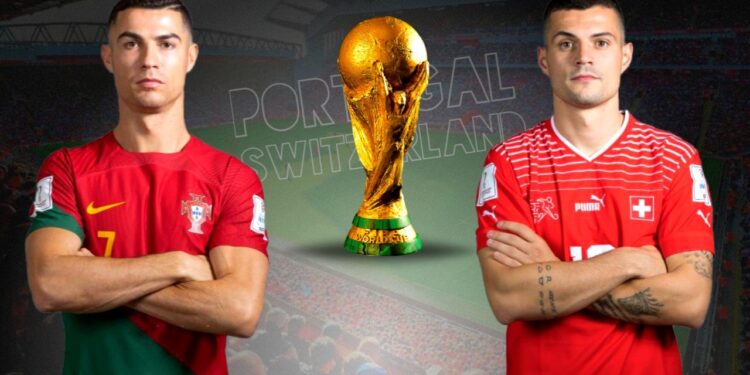 Cristiano Ronaldo-led Portugal will take Switzerland in the round of 16 game of FIFA World Cup today. They have played so well in the tournament but Ronaldo has yet to leave a mark. The 37-year-old footballer has scored only one goal with a penalty shot. However, fans are hoping a solid performance from him today. Meanwhile, fans in India want to know on which TV channel Portugal vs Switzerland match’s live telecast can be watched. In this space, you will find streaming and broadcasting details of today’s FIFA World Cup matches.

It will be the first time Portugal and Switzerland will meet in a World Cup match. They have met in World Cup Qualifiers, Nations League, and international friendlies a total of 25 times. Stats clearly tell that both sides are equally strong as Switzerland have won 11 times while Portugal could win 9 games. However, in their recent 5 meetings, the Portuguese have had the upper hand on the Swiss. In the last 5 games, Ronaldo and co. have scored 9 goals vs Switzerland.

Sports 18 channel will broadcast Cristiano Ronaldo’s game in India. Both SD and HD channels will provide the live feed. DD Free Dish users can also watch Portugal vs Switzerland match’s live telecast on Sports 18 Khel which is a free-to-air channel. The mentioned channel is also available in some paid DTH services. The FIFA World Cup pre-quarterfinal can also be watched in Hindi commentary on MTV HD.

Jio Cinema app will stream the mentioned game in 5 different languages. The app is providing users a special feature called ‘Hype Mode’ using which the football match can be watched from different camera angles. It’s worth mentioning that this app is absolutely free and is accessible on mobiles, tablets, and smart TVs. Those who want to stream Portugal vs Switzerland game on laptops or computers can tune in to the Jio Cinema website.

Portugal vs Switzerland, FIFA World Cup Round of 16 game.