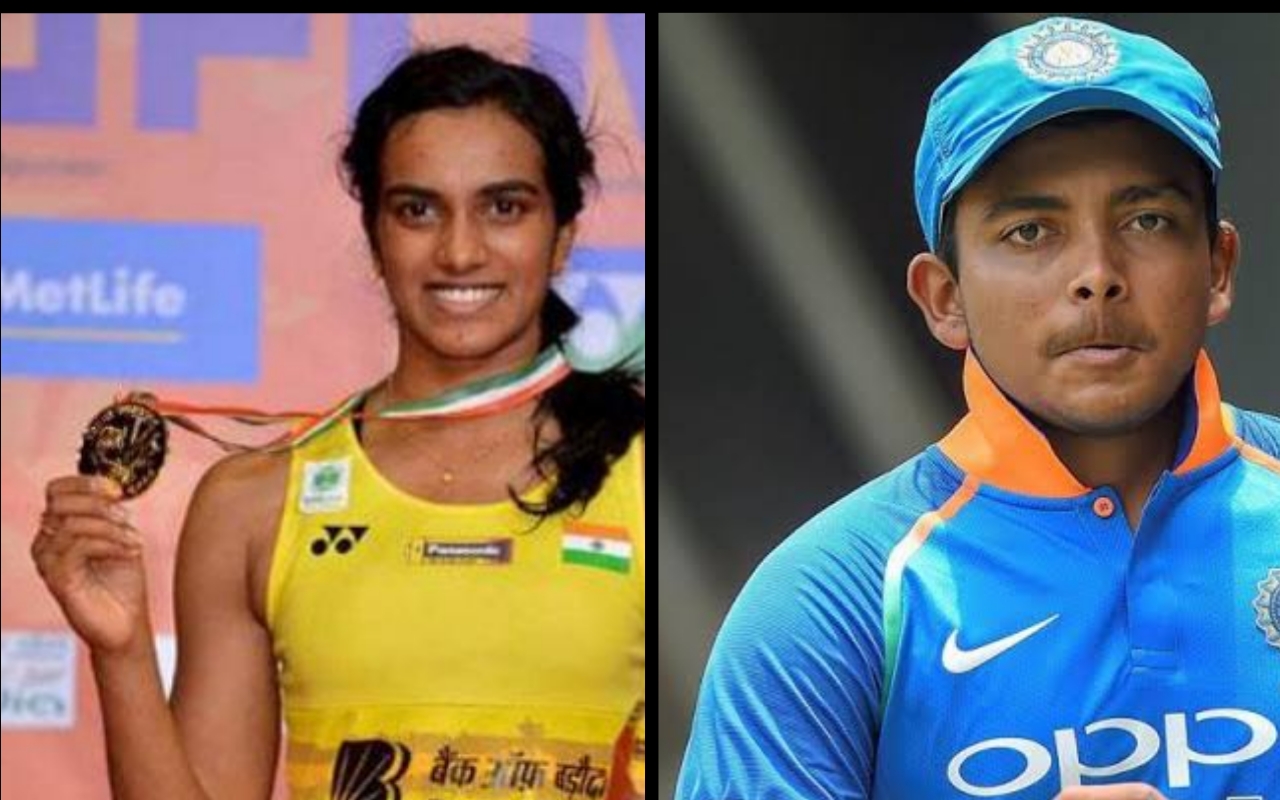 Banned Indian opening batsman Prithvi Shaw looks set to get back on track with a new training regime. According to sources, Shaw will be joining ace badminton player PV Sindhu to work on his footwork and work ethics.

Why has Shaw been banned?

The BCCI banned Shaw after they found traces of terbutaline in his urine sample. The World Anti-Doping Agency (WADA) has banned terbutaline since it sharply augments the consumer’s anaerobic performance. Shaw later admitted to have unknowingly consumed the prohibited substance for treating a respiratory tract infection. The BCCI decided to award him a shorter ban sentence of 8 months since this was also his first offence. As a consequence of the ban, Shaw misses out on the entire home series against South Africa and some games against Bangladesh.

One can imagine how hard it must be for the 19-year old to miss out on so much cricket. Shaw had shared a tweet where he advised his fans to adhere to all the protocols while consuming drugs. However, Shaw seems determined to put his past behind him and embark on a fresh beginning. Sources close to Shaw have confirmed that his team has contacted World No. 2 ranked badminton player PV Sindhu so that they can train together. “The idea is to improve his overall fitness and agility as a fielder”, the source said. “We expect Prithvi to improve his flexibility as a fielder and also enhance his endurance power to play long innings”, the source added.

Hyderabad-based Sindhu has performed exceptionally well in recent times. With her semi-final victory over Nozumi Okuhara in the 2016 Rio Olympics, Sindhu became the youngest and the only female to win a Silver medal for India in badminton. She has also won Gold medals in several premier tournaments including the 2017 India Open, 2016 China Open Super Series and last year’s BWF tour finals. Just over a month ago, she won the Gold medal in the BWF World Championship after defeating familiar rival Nozumi Okuhara.

Shaw made his test debut in fine fashion by compiling a century against West Indies at Rajkot. He had a decent IPL campaign where he scored 353 runs in 16 matches. Since his ban, Shaw hasn’t been able to play any of the ongoing Vijay Hazare matches for his team Mumbai.