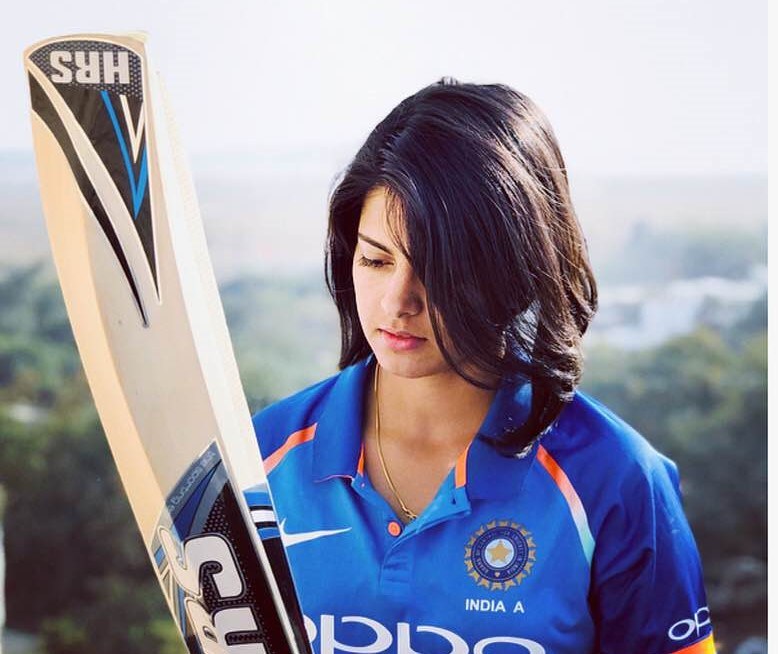 Team India batswoman Priya Punia has a popular fan-following among the country’s youth. The 24-year-old Jaipur based opener’s stellar showing at the top has made her a household name among women’s cricket enthusiasts.

Off the field, too, Punia has garnered a lot of social media through her fun social media posts. On Thursday, Priya hosted an ‘Ask Me Anything’ story session over on her Instagram account and revealed some rather interesting aspects of her personal life.

One of the more interesting facts about Priya emerged when someone inquired about her boyfriend. Likewise, she amused her 5-lakh-plus Instagram fans with a startled video reaction. The reaction went viral, with a bunch of her fans re-sharing her comical expressions. Here’s a snippet of her story:

Besides her relation status, Priya also revealed that she was a fan of Tollywood actor Allu Arjun. Rajasthan’s iconic ‘Choorma Laddoo’ seems to be a particular sweet-favorite of her, while Badminton happens to be her second-favorite sport. At some point in her AMA, Priya’s India teammate Nuzhat Parween too decided to gatecrash and had a fun conversation with her.

Priya’s inspiring cricket journey has been nothing short of a fairytale script. She was born in Jaipur, where she trained under the watchful eyes of coach Rajkumar Sharma; the same man who had groomed India men’s captain Virat Kohli in his childhood days. After a short while, Priya’s family decided to move to Jaipur, but the move posed some major challenges to her cricket aspirations.

She couldn’t find the appropriate training facilities and was laid down by Jaundice and some injuries within the first three months of her move. But despite those hardships, Priya persevered in the end when she made her debut for Delhi in 2016. Two years since then, she was finally able to break into the international women’s team. So far, she has featured for India Women in 5 ODIs and 3 T20Is.