PSG's Riyadh Season Cup match vs Al Nassr and Al Hilal's combined XI can be watched in India for free. 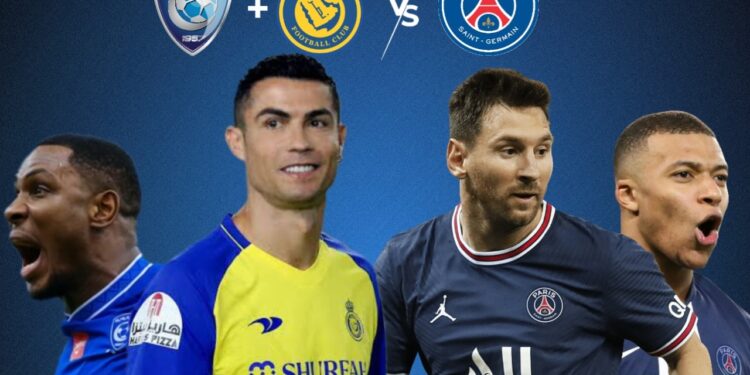 Ronaldo and Messi all set to meet (Pic - Twitter)

The biggest individual rivalry of Football is back. Today, Cristiano Ronaldo and Lionel Messi will come face to face for the first time since 2020. The Portuguese Star is all set to make his debut in Saudi Arabia with the game against Paris Saint Germain. We all are aware of the massive fan following of these two greats in India, so, fans here are asking where to watch PSG vs Al Nassr + Al Hilal match’s live telecast. In this space, you can check the broadcasting channel and streaming app details of the Paris vs Riyadh All-Star XI match.

The hype of the game is real as it is being considered as the last game of the Messi-Ronaldo rivalry. Although, both footballers have 3-4 years of football left in them, who knows when they may play again against each other. There are even talks of Al Hilal (the arch-rival of Al Nassr) signing Lionel Messi, but there is nothing official yet.

Talking about the match, King Fahd Stadium in Riyadh is going to host the Riyadh Season Cup match between Paris Saint Germain FC and Riyadh XI. In Saudi Arabia the game will kick-off at 8:00 PM, so, in India, the live telecast of the PSG vs Al Nassr match will commence at 10:30 PM. Cristiano Ronaldo has been named captain of Riyadh while Messi is also expected to be in the PSG starting XI.

No TV channel in India has acquired the broadcasting rights of the Saudi Season Cup. So, unfortunately, the live TV telecast of PSG vs Al Nassr + Al Hilal game won’t be available in the country. However, the much-anticipated clash can be enjoyed through streaming.

beIN Media Group has the rights to broadcast and stream PSG vs Al Nassr game. In India, there are many ways to watch Paris vs Riyadh game online. PSG’s official website will stream the Saudi Season Cup game for free. You can access the live feed by going to the ‘PSG TV’ option on the website. Also, PSG’s official Youtube and Facebook channels will also provide live streaming of their match vs Riyadh XI. 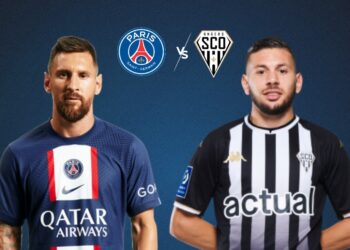