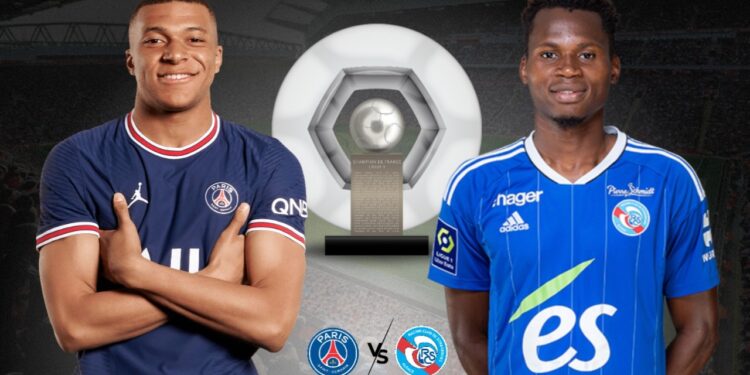 On Wednesday, Paris Saint Germain will be looking to continue their undefeated run in the ongoing Ligue 1 season. So far, they have played 15 matches out of which they won 13 while two games ended in a draw. Meanwhile, fans in India want to know on which TV channel they will be able to watch PSG vs Strasbourg, the French football league game. Here you will find the broadcasting and streaming details of the PSG match in India.

Ahead of the match

Lionel Messi is set to miss this game. The Argentine star is currently on holiday after winning the World Cup and is expected to join PSG camp in early January. On the other hand, Kylian Mbappe is looking forward to playing his first game after a memorable performance in the Final of the World Cup. Neymar Jr. has also made himself available for the PSG vs Strasbourg game.

PSG are currently at the top of the Ligue 1 table while Strasbourg who finished 6th in the 2021-22 season, are on the verge of getting relegated. Strasbourg’s defense is a major letdown for them this season and they have been stranded in the 19th position. Kylian Mbappe and co. are clear favorites to win tonight’s Ligue 1 game.

Viacom18 has the rights to broadcast Ligue 1 in the Indian subcontinent. So, the live telecast of the PSG vs Strasbourg match can be watched on Sports18 HD and SD channels in India. Previously, VH1 was broadcasting Ligue 1 but now it will no longer do the same. Below, you can check the channel numbers of Sports18 channels on DTH services.

PSG vs Strasbourg Channel Numbers on DTH services in India:

PSG football match’s live streaming details: Meanwhile, fans are asking where to watch PSG vs Strasbourg game online. There are many ways to stream Ligue 1 but Jio Cinema and Voot are the best platforms to enjoy France football league matches. Both these apps will provide the live feed. Jio and Vi sim users can also watch PSG vs Strasbourg clash on Jio TV, Vi Movies and TV app respectively.