A lot is said to be happening between Virat Kohli and the BCCI off the field. 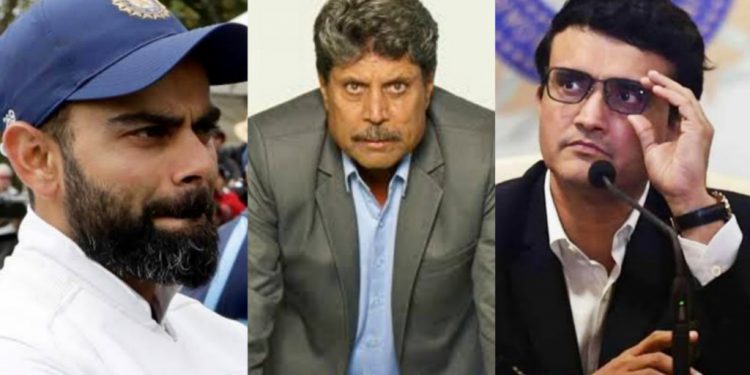 Former India skipper Virat Kohli is currently going through a hard phase in his cricketing career. In a matter of four months, Virat has lost the captaincy of all the three formats.

Fans seemed to be convinced with Kohli’s decision when he resigned as the T20I skipper of the national side. However, suspicions of his conflict with the BCCI first emerged when the selectors sacked the 33-year-old cricketer from India’s ODI captaincy, choosing Rohit Sharma as the leader across the two white-ball formats.

The drama did not end here as Kohli relinquished the Test captaincy as well. Looking at his records, the decision made no sense but fans believe that behind the scenes controversies forced him to make the call.

Kapil Dev opens up on Virat vs BCCI saga

While Kohli vs BCCI saga is still not over, India’s World Cup-winning captain Kapil Dev has requested the two parties to bury the hatchet. Opinion on the matter, Kapil Dev urged Kohli and the BCCI to sort out the issues between them over a phone call.

“They (Virat Kohli and BCCI) should have sorted out the issues between them. Pick up the phone, talk to each other, put the country and team before yourself. In the beginning, I also got everything I wanted. But sometimes, you may not get it,” Kapil said as quoted by The Week magazine.

Further, Kapil wished that the veteran batsman adds many more runs to his belt. Kohli looked in good touch in the recently-concluded ODI series against South Africa but unfortunately could not score his 71st international century.

“That should not mean that you leave the captaincy. If he has left it because of that, then I do not know what to say. He is a fabulous player; [I want to] watch him play so much more and score runs, especially in Test cricket,” he added.