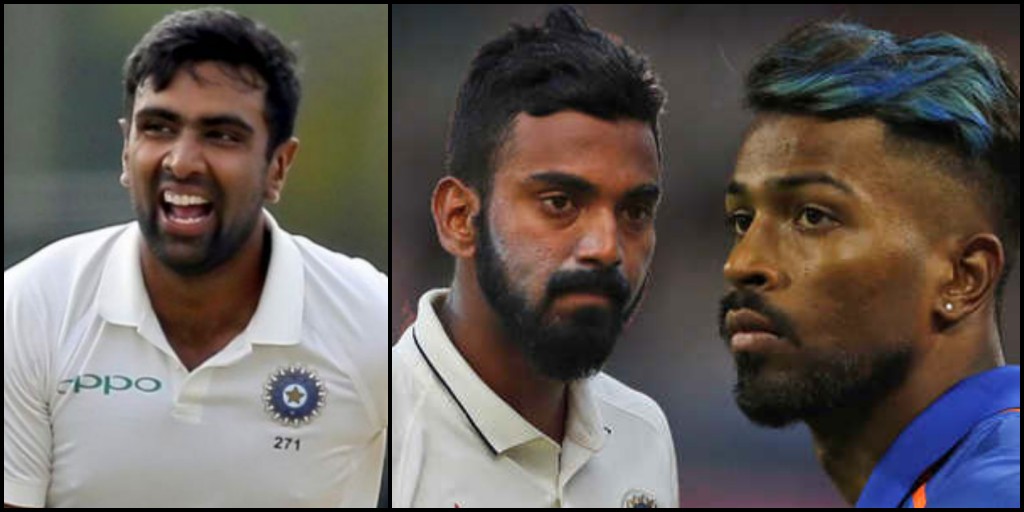 Hardik Pandya and KL Rahul had a horrible beginning of 2019. In January, both appeared in Karan Johar’s talk show Koffee With Karan. After the episode aired, both landed in trouble. Both were heavily criticised for making sexist remarks on women during the show. Hardik Pandya even apologized from fans via social media writing he got carried away with the nature of the show.

But things became tougher as BCCI suspended both of them. Afterwards, both returned to India from the tour of Australia. However, their suspension didn’t last long and a month after both made a comeback. In April, BCCI  fined 20 lakh each to both Pandya and Rahul. Out of which they paid 1 lakh each to 10 Pulwama martyred constables’ families and rest money to Indian blind cricket team. The dust has settled down in this matter now. But, it looks like the matter is still fresh in the mind of off-spinner R Ashwin.

In his latest Instagram post, Ashwin indirectly takes a dig on the duo. Ashwin posted a picture having coffee with teammates Rohit Sharma and Kuldeep Yadav. The caption of the pic is brutally trolling Pandya and Rahul in a subtle manner. Ashwin wrote, “A cup of coffee always tells you a story that you have never heard before!! what say @rohitsharma45 @kuldeep_18 @imsohamdesai”.

A cup of coffee always tells you a story that you have never heard before!! 🤣what say @rohitsharma45 😂😂. @kuldeep_18 @imsohamdesai

However, this is not the first time a teammate has taken a dig on Hardik Pandya and KL Rahul on the controversy. Kedar Jadhav too had taken a subtle dig on both. Just after a week of controversy, Jadhav posted a pic of himself having tea with Dhoni and Shikhar Dhawan. He added a caption, “A cup of tea makes everything great”. This was enough to tell what he is trying to convey.

A Cup of Tea makes everything better! ☕ @msdhoni @SDhawan25 pic.twitter.com/ew4NYx2gta