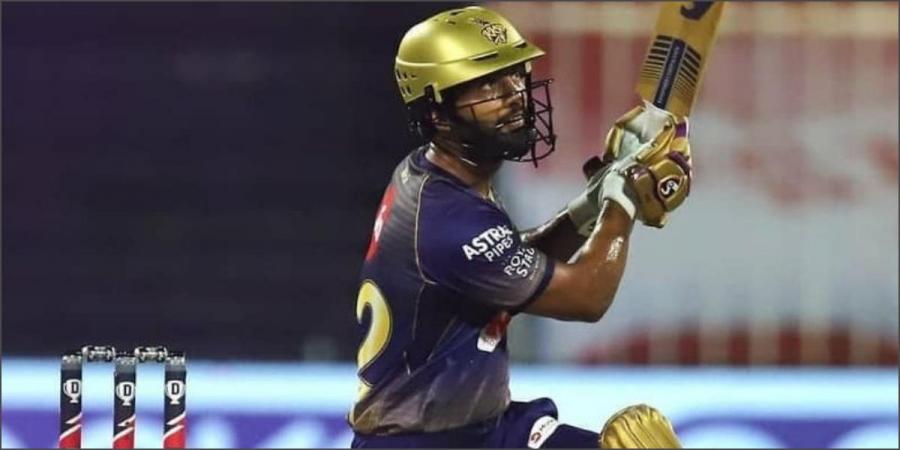 IPL 2020 is all about the Rahuls it seems, be it KL, Tewatia, or Chahar. Now, the latest addition to that list is KKR batsman Rahul Tripathi who shined with the bat in the match against Chennai Super Kings on Wednesday. Tripathi played a very responsible inning for his team and took them to a competitive score.

Rahul Tripathi is originally an opener batsman, but he was sent at number eight in the match against Delhi Capitals. He had to wait for three matches before he was finally picked in the playing XI. However, his batting position didn’t stop him to perform well for his team as he went on to score 36 runs in just 16 balls.

Tripathi opened the inning against CSK which is his original position and the batsman proved this decision right by playing a sensible knock of 81 off just 51 balls. He held one end when the wickets kept tumbling on the other end. Kolkata Knight Riders posted a competitive score of 167, courtesy Rahul’s knock.

For his fantastic inning, Rahul Tripathi was awarded the Player of the Match award. As soon as he received the award, KKR co-owner Shahrukh Khan shouted one of his famous dialogues from the stands. “Rahul, naam to suna hi hoga”, shouted the actor, which made Tripathi burst into laughter while he was at the presentation.

KKR acquired two important points after winning the match and moved on to the third position at the points table. The bowling changes made by Karthik proved very helpful for the team as CSK’s middle-order couldn’t perform yet again which is a worrying sign for the three-time champions. CSK is at the fifth position currently, losing 4 of their 6 matches.

KKR will be up against Kings XI Punjab on Saturday while CSK will face Royal Challengers Bangalore on the same day. It is going to be a crucial match for CSK as they will look to move up the points table.