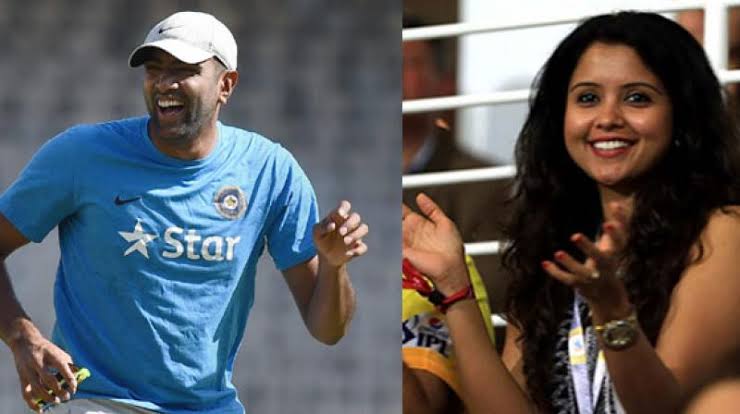 India’s offspinner Ravichandran Ashwin played a match-saving knock against Australia in the third test at Sydney but it was the banter in which he was involved along with Australian skipper Tim Paine that has been doing the rounds. However, Ashwin’s wife Prithi has come up with a hilarious advice in defence of her husband, and one which will help him overcome Paine’s sledging.

Paine-Ashwin Banter Ends In a Heated Exchange
The frustration of not being able to knock India over in the third test crept to the Aussies, as even their captain lost his focus and got involved in a heated exchange with India’s batsman Ravichandran Ashwin. It all started with Paine, who could be heard saying, “Can’t wait to get you to the Gabba, Ash.” Ashwin was quick to respond and got back to Paine with a fitting response – “Can’t wait to get you to India; it’ll be your last series.”

Ashwin’s response didn’t quite go well with Paine as he used an uncalled for slang. Paine said, “Maybe. Are you a selector here as well? At least my teammates like me, d**k head. I’ve got a lot more Indian friends than you do. Even your teammates think you’re a goose. Don’t they? Every one of them”.

Ashwin’s Wife Prithi Has A Hilarious Advice
Ashwin’s wife Prithi came to his rescue with some fine advice on how to tackle Paine’s uncalled for sledging. As hilarious as it sounds, Prithi has adviced Ashwin to ignore Paine’s banter in the same way he ignore’s their daughter Aadhya’s crying during the wee hours of the morning. Prithi added, “Just imagine it is Aadhya crying nonstop at 3 am and ignore.” Prithi was all appraise of her husband’s performance during the match-saving knock, one in which he overcame pain in his back (and the immense concentration in not letting Paine’s banter get to him).

Just imagine it is Aadhya crying nonstop at 3 am and ignore. 💃 https://t.co/zgw6ySjy54