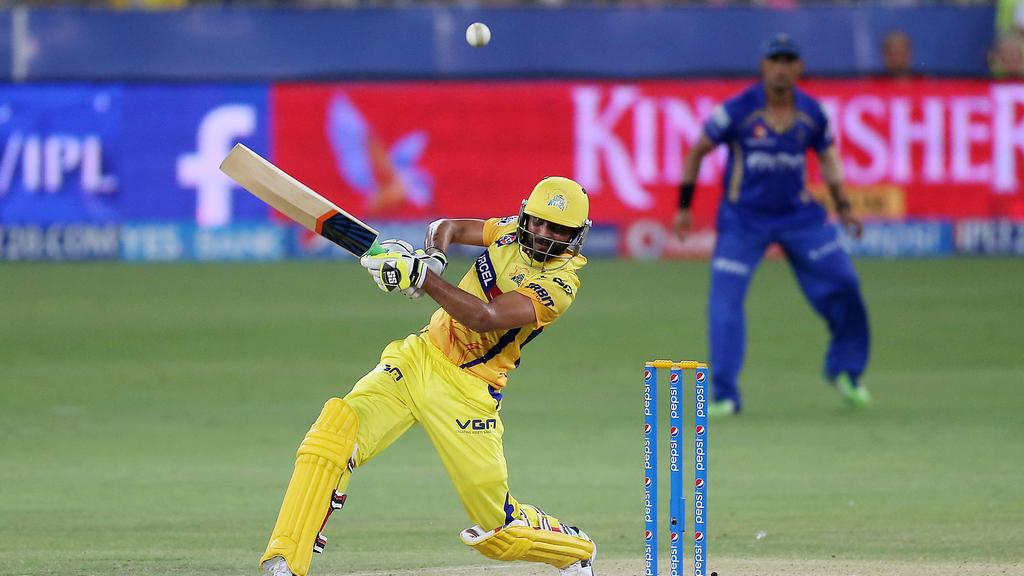 The 13th edition of the Indian Premier League is at a very interesting juncture. Mumbai Indians have secured the playoffs berth already and the remaining teams are fighting hard to be in the top 4. Even after 49 matches, fans haven’t got their top 4 and that has sizzled things up. CSK is out of the playoffs race but they dented KKR’s playoffs chances massively on Thursday owing to the heroics of Ravindra Jadeja.

Chennai Super Kings brought their A game and defeated the inconsistent Kolkata Knight Riders who will now have to depend on the result of other teams to make it to the playoffs. KKR’s loss meant that the Rajasthan Royals are still in the race to playoffs and they have no one but Ravindra Jadeja to thank.

Ravindra Jadeja finished the game by hitting a six off the last ball and Rajasthan Royals were more than delighted at CSK’s win.

KKR made a good total of 172 in their quota of 20 overs with the help of 87 runs from Nitish Rana. However, CSK’s batting proved to be too good for the KKR bowlers with praiseworthy performances from Ruturaj Gaikwad and Ambati Rayudu but it was Jadeja who stole the show. Jadeja played a blazing knock of 31 runs off just 11 deliveries laced with 3 sixes and 2 boundaries.

Jadeja lit up the Dubai stadium with his brilliant performance and ensured a win for his team. CSK needed 30 runs in the last two overs and Sam Curran was not hitting the ball really well. Jadeja took things in his own hands and hit 2 boundaries and a six in the penultimate over. He followed it with two back to back sixes on the fifth and sixth delivery of the last over.

Rajasthan Royals were all praises for the India all-rounder as they tweeted, “Once a Royal, always a Royal.” The win for CSK has surely helped Rajasthan Royals stay alive in the tournament.