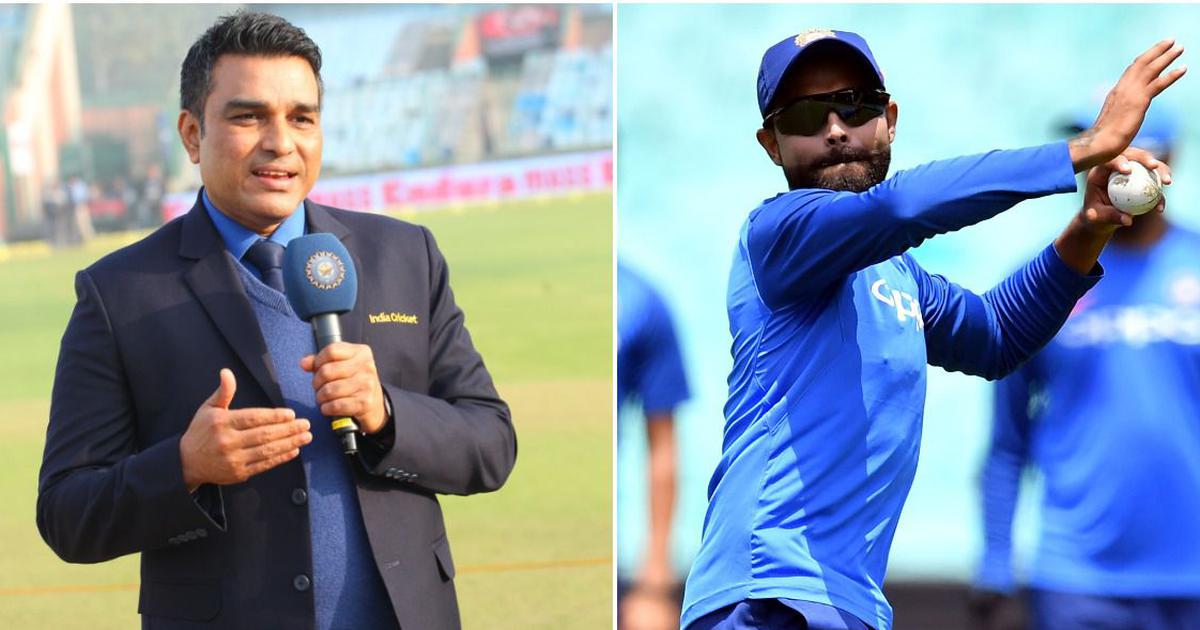 During the 2019 World Cup, Sanjay Majrekar was involved in a controversy with Ravindra Jadeja. The commentator had called Indian all-rounder bits and pieces player. Jadeja was furious with the comment and had not shied away giving a befitting reply. Jadeja asked Manjrekar to respect the players who have achieved in life and stop his verbal diarrhoea.

Later, Jadeja has replied the 54-year old with his performance. The all-rounder had almost taken India to the win in World Cup 2019 semi-final. Jadeja celebrated his fifty with his sword celebration and also pointed towards the stands while making a gesture which seemed to have been aimed at Sanjay Manjrekar. The commentator had later apologised for his comment.

It seemed like both Jadeja and Manjreakar have buried this matter. A recent Twitter conversation between Jadeja and Manjrekar is clearly telling that both have moved on from the controversy. After India’s win against New Zealand in 2nd T20I, Manjrekar seemed unimpressed with the decision of giving the man of the match award to KL Rahul rather than an Indian bowler.

Manjrekar wrote on his Tweet, “Player of the match should have been a bowler.” Ravindra Jadeja was quick to give him a reply as he was worthy to receive the award. Jadeja Wrote, “What is the name of that bowler?? Pls pls mention.” It was the right opportunity for Manjrekar to earn Jadeja’s respect and he didn’t it go away this opportunity. Manjrekar replied, “Ha ha…Either you or Bumrah. Bumrah, because he was extremely economical while bowling overs no 3, 10, 18 and 20.”

What is the name of that bowler?? Pls pls mention 🤪

KL Rahul was named man of the match for his 57 runs when chasing 135 runs. Bowlers did a great job by restricting the Kiwi side on 132. Ravindra Jadeja was the star performer with the ball as he took 2 wickets in 4 overs and conceded just 18 runs. Manjrekar’s point was right as Indian bowlers had made the things easy for Indian batsmen at a batting-friendly pitch.