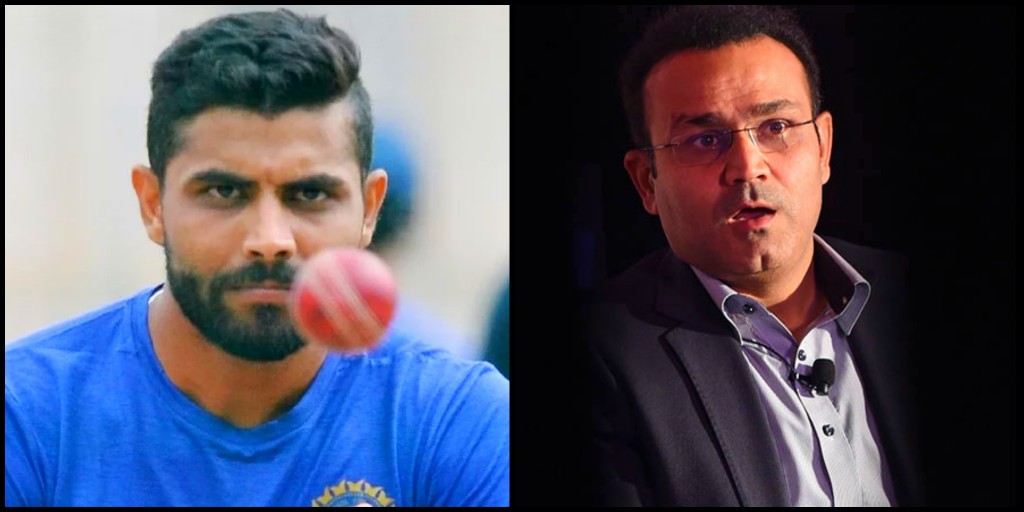 Team India is receiving high praise after their win in the first test against South Africa. Stars of the match were Rohit Sharma and Mayank Agarwal. Rohit hit centuries in both innings while Mayank scored his maiden test double ton. Ashwin, Ravindra Jadeja, Mohammed Shami played a cameo role in India’s victory. The performance of the team highly impressed former opener Virender Sehwag.

Sehwag posted a tweet which is specially mentioning Rohit Sharma’s dream beginning as an opener. He also mentioned Mayank, Ravichandran Ashwin, Mohammed Shami and Cheteshwar Pujara in his tweet for their contribution in the win. Sehwag tweeted, “Fantastic Test match for Rohit Sharma, a dream beginning to opening the batting in Test cricket. Wish him the very best. That was a convincing win for India with some great contributions from Mayank, Shami, Ashwin, Pujara.”

Fantastic test match for @ImRo45 , a dream beginning to opening the batting in Test cricket. Wish him the very best. That was a convincing win for India with some great contributions from Mayank, Shami, Ashwin , Pujara . #IndvSA

However, Ravindra Jadeja’s name is missing from Sehwag’s tweet and this triggered one of Jadeja’s fans. Fan misbehaved with legend as he replied him back, “@virendersehwag kya aapke TV me @imjadeja ki batting, bowling aur fielding ka performance nahi dikha??? Ya phir so gaye the???,” (Virender Sehwag didn’t your TV show Ravindra Jadeja’s performance with the bat, ball and on the field? Or were you sleeping?).”

ALSO READ: When Cricketers Were Haunted By Ghost In England 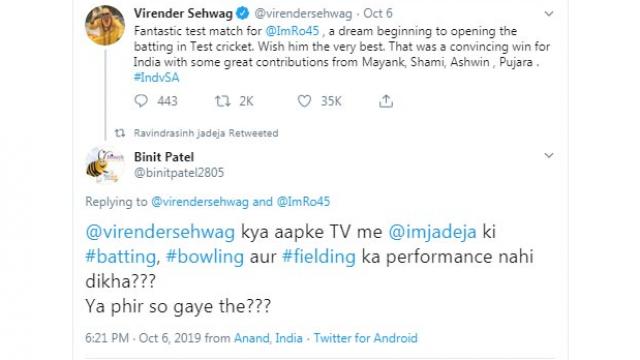 However, Ravindra Jadeja was fabulous in the first test match. All-rounder contributed with both bat and ball. He picked 6 wickets and scored 70 runs. India won the Vizag test by 203 runs. Now both teams set to meet in 2nd test at Pune starting 10 October.