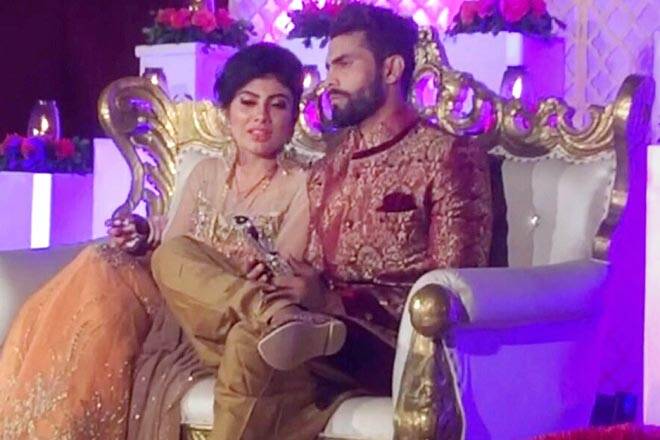 Ravindra Jadeja, as cricket fans know, is a wonderful all-rounder. In the last two years or so, he has really improved himself and given his best on the field. The support given by Dhoni has really worked wonders for him. He was always good with his bowling, but in the last two years, it’s his batting that has left everyone impressed.

The star India all-rounder has been on the receiving end many a times for his poor batting performances. However, he has shut all the critics and trolls as he has been performing amazingly well with the bat as well. There is no doubt that Jadeja is an exceptional fielder, in fact, he is arguably the best fielder India has.

Jadeja has been spending time at his home in Gujarat. He was also seen showing off his horse-riding skills earlier. He is in the news again, but this time its because of his wife. Jadeja’s wife was caught in a verbal spat with a police constable after she was stopped for not wearing a mask.

Ravindra Jadeja was driving the car

Jadeja was on the driver’s seat at the time of the incident. “Our primary investigation has revealed that Rivaba Jadeja was not wearing a mask. While it is a matter of investigation why the issue escalated, we have learnt that both the parties entered into a verbal spat,” the DCP said.

The head constable, Gosai felt uneasy after the argument and was taken to a hospital nearby. She was discharged after half an hour and is all hale and hearty. No FIR has been lodged yet, the officer said.

Jadeja generally makes headlines for his heroics on the field, however this time his appearance in the news was not for a very good reason.