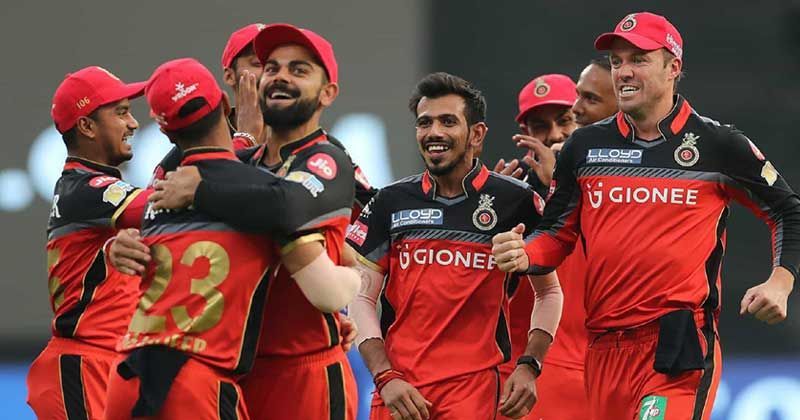 IPL 2020 is two and a half months away from now. The 13th season of the Indian Premier League is expected to begin on 29 March at Wankhede Stadium, Mumbai. The stage is set for the biggest cricket league in the world. All franchises are ready with their power-packed squads.

Royal Challengers Bangalore from whom fans have a lot of expectations since the first season of the IPL will march to the tournament with a strong squad. RCB didn’t have a good season last year as they failed to pick their best playing xi. But this time their squad is looking balance and the franchise has a great chance to lift the title for the first time.

1. Parthiv Patel: The wicket-keeper batsman had a decent season last year. He opened in all the matches for RCB in 2019 and scored 373 runs. His experience will play a main role for Bangalore in the upcoming season.

2. Aaron Finch: The presence of Finch is definitely going to help RCB as it will reduce the burden from Virat Kohli’s shoulders. Virat is playing as a regular opener for RCB since a long time. Finch is a good hard hitter and RCB needed the kind of batsmen at the opening slot.

3. Virat Kohli: The no.3 batting position is the best for Virat Kohli. He knows very well how to build an innings while batting at this position. So now, if RCB Losses an opener early then they will still have Virat Kohli.

4. AB de Villiers: Having Aaron Finch, Virat Kohli and AB de Villiers in top 4 is making RCB the deadliest top order. AB de Villiers is the one who comes set from the pavilion and can start hitting from the first ball. So no.4 will be the best batting position for him.

5. Devdutt Paddikal: In IPL, at least one uncapped player is mandatory in playing xi. So for maintaining this balance RCB can play Devdutt Paddikal who was the highest run-scorer in Syed Mushtaq Ali T20 Trophy 2019 with 580 runs in 12 matches.

6. Shivam Dube: Dube can become a good asset for RCB. He didn’t get enough chances in IPL last year but he showed while playing for India that he can be useful with both bat and ball. The southpaw possesses great power-hitting ability.

7. Chris Morris: The South African all-rounder was the most expensive pick of the franchise in IPL 2020 Auction. RCB bought Morris for 10 crore and the decision was even criticised. However, it might be a great decision as having him in playing xi will give extra strength to bowling and batting. The most successful IPL franchise Mumbai Indians play with 2-3 all-rounders and that makes them a strong side.

8. Yuzvendra Chahal: Having one-leg spinner is important nowadays. Batsmen find them difficult to pick as compared to off-spinner. Yuzvendra Chahal is a key player of RCB and the team can’t think of pulling him away from the playing xi.

9. Umesh Yadav: Yadav has pace and swing. He is an effective bowler with the new ball. But the death bowling is his weakness. So Virat may look to finish his 4-over spell within 10 overs.

10.Dale Steyn: South African pacer is making the RCB bowling mightier. He can bowl well with control both with new ball and in death overs. Since his comeback he is bowling with a great pace.

11. Navdeep Saini: Saini had impressed everyone with his pace in last IPL season. His pace caught selectors’ eye and they gave him India call-up. Saint has done well for India in the shortest format of the game. He has ability of clocking 145+ consistently.