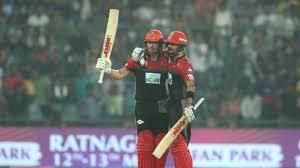 Chasing 172, the Punjab team got off to a fiery start courtesy of Mayank Agarwal’s (45 off 25) pyrotechnics at the powerplay. Post his departure, though, it was captain KL Rahul (61* off 49) who took over the reins, alongside ‘Universe Boss’ Chris Gayle (53 off 45) to shepherd the #wakhrasquad’s innings.

The match did have its fair share of suspense, though, thanks to KXIP’s reputation of losing nearly unassailable matches. Needing only 2-runs to win off the last over, Punjab somehow managed to take the match to the last ball; and would’ve taken it into a super-over as well if it weren’t for Nicholas Pooran’s last-ball six. Talk about a high-heartbeat match!

Meanwhile, RCB and Virat Kohli would be disappointed with their tactical gambles not coming off in their favor. Against their Northern rivals, RCB opted for several unique, left-field approaches in hopes that it would bamboozle them. Sadly, none of them did. Conserving Washington Sundar and Yuzvendra Chahal’s overs for the backend turned out to be a bad move; one that ultimately cost them the match by 8-wickets.

But there was one decision that backfired far more worse than the others. Batting first, RCB decided to promote left-handers Washington Sundar and Shivam Dube ahead of their mercurial South African import, AB de Villiers. This one move was particularly surprising, since not too long ago; de Villiers had played a stellar, match-winning knock of 73*(33) against the Kolkata Knight Riders at this very ground!

Suffice to say- the Southpaw batting promotion didn’t turn out to be a masterstroke. Sundar and Dube managed a total of 36-runs from 33-balls. Meanwhile, AB, who eventually did come out to bat at number six, could only collect 2-runs from his unceremonious, 5-ball stay at the crease.

Addressing the presenters in the post-match conference, captain Kohli revealed the reason behind Kohli’s demotion. The RCB skipper reasoned that demoting AB helped the team to maintain a stable left-hand-right-hand combination. He also acknowledged that the punt failed and insisted that they still had a decent total to defend.

“We had a chat, it (AB batting at no. 6) was a message about the left-hand, right-hand combination. Sometimes these decisions you make, don’t come off. But I think we could’ve defended 170 (171),” Kohli said.

The 8-wicket loss doesn’t affect RCB’s third-place standing on the points table. But they’ll still be eager to get back to winning ways against the Rajasthan Royals at Dubai’s afternoon match on Saturday. Punjab, meanwhile, would like to cherish the limited playoffs hopes they have left on their side. They will play the Mumbai Indians next on Sunday at the Dubai International Stadium.