‘RCB is for loyal, not for you’ – Fans criticise Washington Sundar as he tells if he misses RCB or not

After RCB did not retain Washington Sundar, he was roped in by SRH for the upcoming IPL season. 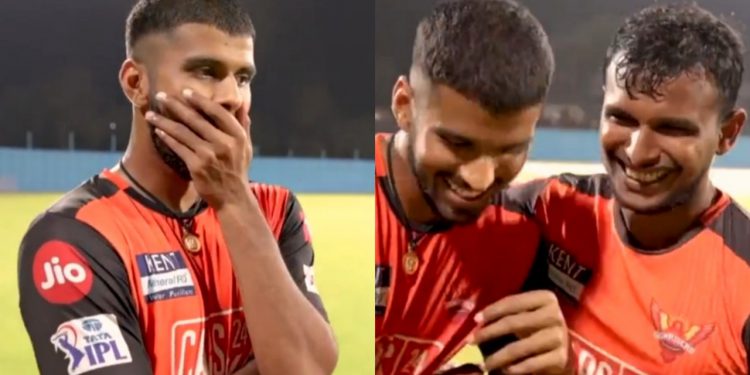 India all-rounder Washington Sundar has found a new home in the India Premier League (IPL) as the cricketer has made a shift from his former franchise, Royal Challengers Bangalore to Sunrisers Hyderabad (SRH).

Sundar was in the radar of many teams on the auction table but eventually landed at SRH for Rs. 8.75 crore. The 22-year-old will don the orange jersey in the upcoming IPL season and will be captained by Kane Williamson.

Meanwhile, the Hyderabad-based franchise posted a video on their official Twitter account in which Sundar’s teammate, Thangarasu Natarajan asked him  “So do you miss RCB, or is this better?” The off-spinner came up with a hilarious response and said that SRH is better.

Sundar’s statement did not go down well with a few of the RCB fans as they activated the troll rampage on him. Here are a few tweets:

even RCBians will not miss you…shabaz is better than you…RCB is for loyal ones, and you dont have that😂😂

Just like that, he is not even in the consideration for rcbians, not a loss to us. His statement shows how much intent he had in contributing to the team, to win the trophy.

Sundar was a vital member of RCB till the last season and earned an India call-up after performing significantly well for the same franchise. The Tamil Nadu-born cricketer has played 42 IPL matches so far in his career, claiming 27 wickets at an economy of 6.93. He has not been very useful with the bat and has scored just 217 runs at an average and strike rate of 13.56 and 111.28 respectively.

SRH will play their first IPL 2022 match on 29th March against Rajasthan Royals.