RCB, MI among the Top bidders for WIPL Teams; Not CSK, but this company bids for Chennai Franchise

CSK have opted out from buying a franchise in Women's IPL while 5 men's IPL franchises are interested. 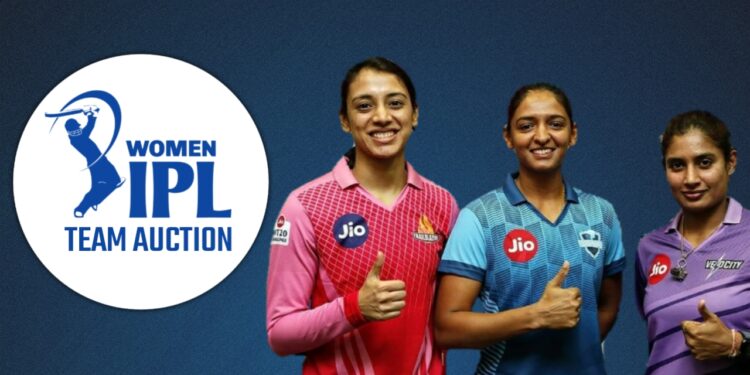 The first-ever Women’s IPL is set to kick off in March this month. RCB, MI among the Top bidders for WIPL Teams; Not CSK, but this company bids for Chennai Franchise.

The first-ever women’s IPL will be played between 5 teams and the owners of those 5 teams will be decided on the 25th of January via a bidding process. Top business heads of India are taking part in the franchise auction.

Men’s IPL Franchises like RCB, MI, DC, and SRH are participating in the WIPL 2023 franchise. The IPL team owners are set to take control of WIPL as well.

CSK, LSG, and GT pulled out of the franchise bidding auction of WIPL 2023

Shriram Group of Chennai is taking part in the auction in place of CSK. The Shriram Group is the leading Insurance company in the country which has a total revenue of 19,274.23 Crore in 2022.

Lucknow Supergiants have never been interested in the WIPL 2023 team ownership. The defending champions of men’s IPL Gujarat Titans have also withdrawn from the WIPL auction.

ALSO READ: 5 Players who can be the Most Expensive in WIPL 2023 Auction

The BCCI has sold the media rights of WIPL to Viacom 18 for 951 Crore INR. BCCI will earn 7.09 Crore for broadcasting a single match in WIPL. The deal has made WIPL the second wealthiest women’s league in the world across sports.