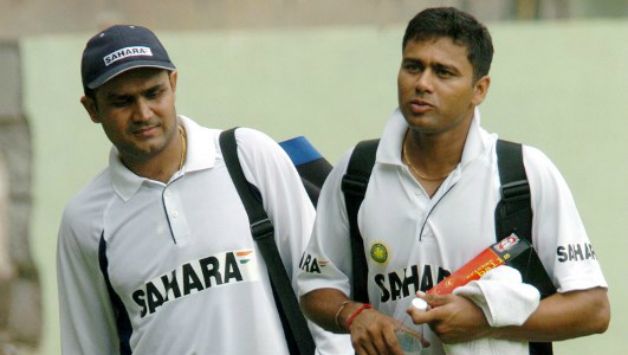 Former Indian batsman Aakash Chopra has, in recent times, acquired quite a reputation for his entertaining insights on the game. The Delhi-based erstwhile-opener had quite a glamorous, first-class record across his many appearances for the Delhi, Rajasthan and Himachal Pradesh teams. On the international front, however, he couldn’t quite replicate that sublime form. and could make only 10 test-match appearances from 2003-04. Despite that, in his short-albeit-crisp stint with the national side, Chopra managed to pick on several, quality cricket intellects; much of which shows in his detailed analysis and live-commentaries.

Over on a recent interaction with Gaurav Kapoor, Aakash shared some of those priceless, dressing-room dialogues. The two of them were talking on Kapoor’s 22-yarns podcast on Spotify, when Chopra opened about Virender Sehwag; more specifically, how earnest and positively self-aware the latter was. As per Aakash, Viru Paaji’s honesty helped him, and countless other Indian teammates realize their strengths and weaknesses.

“Sehwag knew everyone’s strengths and weaknesses, and was honest about it”- Aakash Chopra

“His (Sehwag) strength is that he is brutally honest about what he could and couldn’t do. Even with all the bravado and aggression and ‘Viru’ style of playing, you won’t remember him taking on a bouncer. That’s discipline,” Chopra said. Further elaborating on Viru’s short-ball playing skills, he explained: “That tells you loads about what’s behind that exterior, that facade that we see, which is carefree, happy-go-lucky, see the ball hit the ball. He has seen bouncers, but he hasn’t attempted it in 8,000 Test runs. So that kind of discipline, understanding, and conviction in his own game was unbelievable.”

Sehwag, according to Aakash, despite his relatively light-hearted outward appearances, psychoanalyzed match situations quite well. “He would be honest and tell you, ‘The ball’s swinging a lot, gonna be difficult for me today. So you play’. Knowing fully well ke that’s not his strength. See, understanding your strengths and weaknesses is very important. Knowing what you can, and more importantly, can’t do. He knew that ‘abhi ball swing ho raha hai, phas jaunga. Chod na, abhi 5-7 over nikal jayenge to acha hi hai (Ball is swinging now, I will get stuck. Let us stick out 5-7 overs in the middle)’. He knew that if he stays there then he can put them to the sword. This, I feel, is something that deserves appreciation,” Aakash said.

For his closing lines, Aakash recounted what Sehwag had to say about promising yet far-from-perfect batting innings. “He would come and tell me, ‘Chopraji ye 40-40 run maar rahe ho drop ho jaoge team se. Set hone ke baad out hone se koi khelta nahi hai aage.’ (T: Chopra, you are scoring 40-40 scores, would be dropped from the team. No one stays in the team if he gets out after settling down). And he would also say the same thing about himself. So you see, a two-way, honesty policy. I think that’s quite admirable.” he concluded.