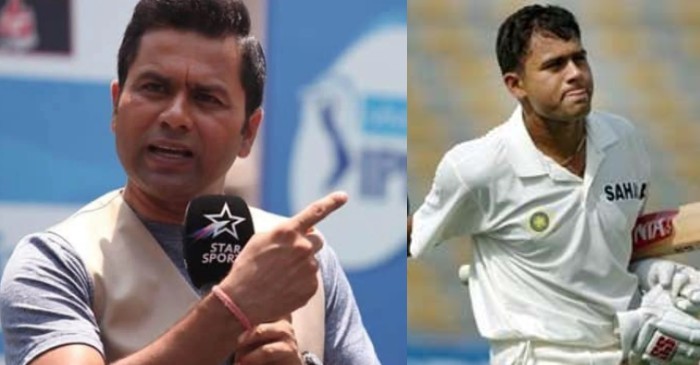 Minneapolis citizen George Floyd’s tragic demise in a heinous police brutality incident has sparked a strong battle against racism all across the globe. Over the past few weeks, people from every corner of the World have come united in raising their voices against this heinous criminal offense. Celebrities too, have been active proponents of the subsequently initiated #blacklivesmatter social media trend. Darren Sammy, the former 2-time World Cup-winning West Indies skipper, for instance; has shown immense solidarity towards this movement. More recently, though, popular Hindi cricket commentator Aakash Chopra also hopped into this racism bashing bandwagon with some disturbing news.

Over on his popular YouTube channel, Aakash recently uploaded a video narrating a personal account of racism that he had to face. His story dates back to the time when he used to feature in England’s domestic cricket leagues. Aakash reminisces the time when two South African opposition players tried to rile him by repeatedly calling ‘Paki’; a word commonly used in the Western world as a racial-slang for people with sub-continental origins.

Aakash Chopra shares news about his personal experiences with racism

“We (cricketers) at one point or the other, have been victims of racism. I remember when I used to play league cricket in England, there were two South Africans is one of the opposition teams, and both of them really went on an abusive spree. Even when I was at the non-striker’s end, they were after my life. They were constantly calling me Paki,” he recalls.

“Now many believe Paki is a short form of Pakistani, but that is not necessarily correct. The word is actually a racial slur to describe brown-skinned people who’re from the Indian subcontinent. So not just Pakistani- you can be Indian like me, Sri Lankan, Bangladeshi, or even Pakistani,” he explained.

“They call you ‘Paki’, and nobody likes it. The moment you call anybody Paki in England, you know the intention behind it. That’s what happened to me at that time. My team stood by me, but the truth is the person in front of me was doing it.”

“It’s not some fresh news; has been happening for a long time with all kinds of people”

The former Indian test-opener also touched on the unpleasant experiences former Australian all-rounder Andrew Symonds had to face in the Wankhede Stadium. For context, Symonds had been the victim of some offensive racist chants from the Mumbai crowd in one of Australia’s ODI matches against the Indian team in 2007.

Also Read: Rashid Khan reveals one Indian batsman he never wants to face; and it’s not Virat or Rohit

“It’s not fair to say that only people of color have to face racism. Even if you’re white-skinned, it happens then as well. They have to experience such shameful behavior when they travel around these parts of the world. In fact, when Andrew Symonds came to India, so many Monkey chants started filling up the Wankhede Stadium. The authorities even issued ban-warnings on certain spectators, if I remember correctly. So yes, this is an ongoing, and serious problem.” he concluded.