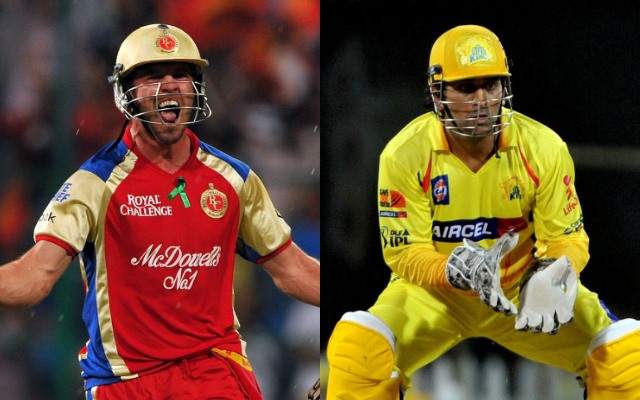 Erstwhile South African batting legend AB de Villiers recently hopped onto the ‘Playing XI’ bandwagon that seems to be trending these days. There is no Cricket News about AB de Villiers’ for which fans are craving. However, in a recent chat. With Cricbuzz’s Harsha Bhogle, the former Protean skipper named his best, all-time IPL XI team. And with all regards to the mercurial Mr. 360, the squad features some rather head-turning choices.

To be fair, de Villiers picked his team while adhering to the existing 4-overseas players rule; a rule that several other fans often tend to disregard when it comes to building their sides. Both his picks for opening batsmen are domestic players, being his former Delhi Daredevils’ teammate, Virender Sehwag, alongside Rohit Sharma. De Villiers and Sehwag spent the first three seasons of their IPL careers with Delhi, so there’s an obvious connection in that regard. But it’s still a bit surprising that he chose Viru over Watson, Gambhir, Gayle, and KL Rahul; players he has also shared the dressing with at some point. Rohit’s selection, while merited, has an aspect of confusion, because, spoiler-alert- he won’t be captaining this side!

“Dhoni will be leading this side”- de Villiers

De Villiers’ RCB teammate and captain Virat Kohli fills in the middle-order; alongside de Villiers himself, England Cricket Team all-rounder Ben Stokes, and, of course, the legendary wicket-keeper batsman, MS Dhoni. Dhoni will, in fact, also be captaining this particular franchise, ahead of Rohit, who has an extra-IPL title to his name. Stokes, the 2017 Man-of-the-IPL, gets the nod ahead of the likes of Hardik Pandya, Andre Russell, and Shakib al Hasan as the squad’s premier all-rounder.

The list of all-rounder doesn’t just stop with Stokes, however- lower down the order, we’ve the likes of Ravindra Jadeja and Rashid Khan. Khan and Jadeja are the only 2-spin bowling options in the side. A risky pick, considering most teams prefer to operate on the three spin-bowling options formula? Well, who are we to judge? And it’s not like this team’s going to feature in some match anytime soon anyways.

The team’s pace-bowling attack gets rounded up by the likes of Bhuvneshwar Kumar, Jasprit Bumrah, and ABD’s protean teammate, Kagiso Rabada. Here’s a full list of the team.