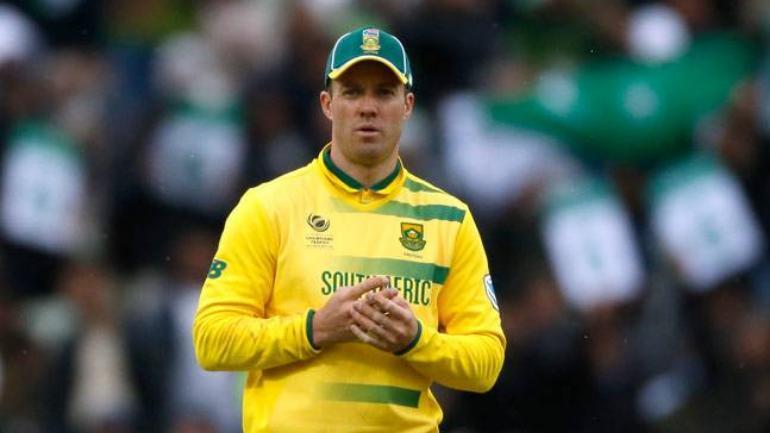 Reports suggesting Cricket SA have asked me to lead the Proteas are just not true. It's hard to know what to believe these days. Crazy times. Stay safe everyone.

It has been well over two years now when de Villiers last sported the South African jersey. Yet, talks of ‘Mr. 360′ making an international comeback at some point just don’t seem to end. While the popularity around such claims presents a solid testament of de Villiers’ perpetual caliber and masterclass; the issue masks some of the deeper, underlying challenges that the current South African cricket set-up is facing. The metaphorical ‘void’ in the squad ever since de Villiers departure still hasn’t been fulfilled by one particular candidate. The domino effect of this phenomenon reflects on the players and their confidence; even among fans, there is an inherent mindset of “we’re missing our marque player”.

The situation escalated rather infamously during the World Cup last year, when several South African media-houses aired news of de Villiers getting a ‘wild-card’ entry in the team. Captain Faf du Plessis and coach Otis Gibson tried hard to focus the attention away from the issue but the damage was already done; as a low on-confidence protean side managed to win only 3 out of their 8 group-stage matches.

This time around, the rumors most likely started after de Villiers appeared on Star Sports’ cricket show, ‘Cricket Connected’. On the show, the 36-year old RCB batsman clarified that he’d consider reappearing in the international arena only if he felt his performances were good enough. “The most important thing is that I have got to be in top form. If I feel I deserve my spot in the side, it becomes more comfortable to appreciate my place in the playing XI. Ultimately, that is what matters,” de Villiers said. “There is a big, quality-difference between franchise cricket and the international arena. I haven’t been with the Proteas for a while. I and everyone needs to evaluate whether I am still good enough to be there.”