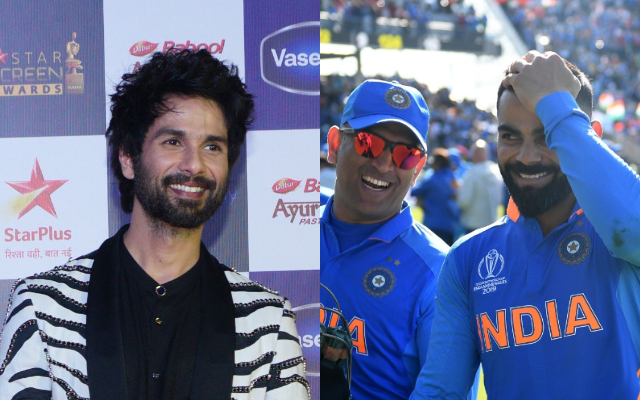 With the country entering on a 21-day lock-down phase, there has been quite an upsurge of activity on social media. Celebrities, in particular, are using this new-found free-time to connect more with their fans. Bollywood actor Shahid Kapoor seems to be following a similar suit. Recently, the star of the 2019-blockbuster ‘Kabir Singh’ engaged in a live ‘Ask Me Anything’ (AMA) chat; something that’s fast becoming a trend of the lock-down season.

Though there was this one-particular question which peaked the interest of Indian cricket fans more than others. Twitter user Rami Abdullah posed perhaps one of the most hotly-debated questions ever to have plagued the Indian cricketing fraternity.

To think of all the divide the question could have; or perhaps on multiple occasions, already has, caused among the fans. Shahid’s reply, however, settled the likelihoods of any possible arguments in the most nonchalant manner.

Metaphorically speaking, IPL-13 was supposed to be the anniversary that reunited ‘Mummy’ and ‘Papa’ back into the Indian-side. Unfortunately, as has now become quite a lengthy case, the COVID-19 global pandemic has brought about all outdoor-sports action to a stop. Fans would’ve had loved to see ‘Thala’ lead his yellow-brigade, after nearly eight-months of absence form the international-arena. Virat, meanwhile, should’ve been captaining India in an anticipated ODI-home-series against South Africa. Instead, any possibilities of one-or-another form of IPL happening in the near-future are starting to get increasingly bleak.