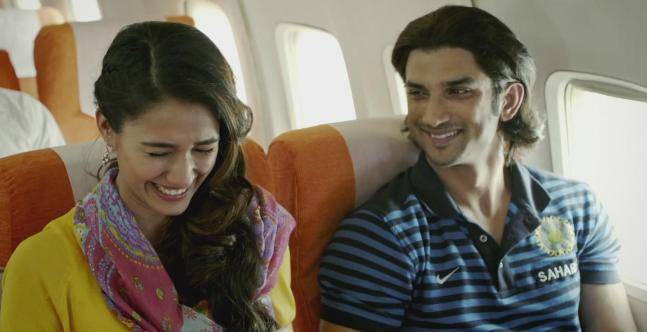 Bollywood actress Disha Patani celebrated her 28th birthday this Saturday. The Bareilly born Indian-diva currently enjoys her reputation as one of the most glamorous actresses in Indian cinema. That said, as Disha and many of her fans can proudly claim; she also happens to be quite a buff when it comes to the sport of cricket.

Back in September 2016, for instance, Disha’s acting career shot to instant fame after her moving portrayal of Priyanka Jha in former India captain Mahendra Singh Dhoni’s biopic. The movie, aptly titled ‘MS Dhoni: The Untold Story’, featured Disha as Priyanka- a girlfriend of the ex-India skipper, who tragically lost her life in a car accident. The movie acquired a hit-status in the box-office, primarily due to late Bollywood actor Sushant Singh Rajput’s successful on-screen depiction of Captain Cool MSD. Disha, too, received majorly positive acclaim from her critics.

But it turns out that even beyond her reel-life, Disha happens to be quite a fond admirer of MSD. Over on a recent interview with Bollywood Hungama, Disha rated several famous Indian men’s team players based on their ‘hotness quotient’.

Bollywood Hungama offered Disha Rohit Sharma, Yuvraj Singh, MS Dhoni, Virat Kohli, Ravindra Jadeja; and several others as options, and asked her pick for the hottest of the bunch. Disha didn’t have to think twice before offering MSD a perfect 10-on-10 rating. The likes of Yuvi, Hitman, and Jaddu all scored 8; while King Kohli grabbed the runners-up spot with 9-points. The present Indian captain also received the honor of being named as Disha’s ideal cricketer-date.

This isn’t the first time Disha has made her enthusiasm around the Indian cricket team public. Earlier this January, she had picked fast-bowler Jasprit Bumrah as the Indian team’s biggest match-winner back during their tour to New Zealand. “If I had to pick a match-winning player, it would be Jasprit Bumrah. It will be a proud moment for all of us on February 2, while Bumrah takes down the Kiwis. He is our best player,” Disha had said about Bumrah while promoting her then-upcoming movie, ‘Kalank’.

More recently, she, and several of her Bollywood colleagues have been mourning over Sushant Singh Rajput’s suicide. On Sunday morning, Sushant’s friends found his body hanging from a ceiling fan in his house. Once the news was confirmed, Disha posted a heartbreaking-still from the MSD movie on her Instagram account. The picture featured her sitting next to the now-departed actor.