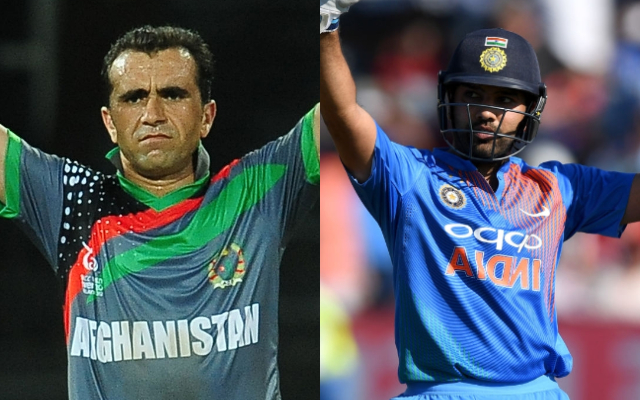 Team India vice-captain Rohit Sharma’s cricketing journey is one success story built-around a theme of immense transition. In his 13-year-long association with the Indian men’s team, the Hitman has acclaimed a whole bunch of glorious on-field accolades to his name. The most number double-centuries in ODI cricket? Check. The most successful captaincy record in the Indian Premier League? You’ve got it.

That said, an interesting career-aspect that often gets overlooked is how seamlessly he has managed to alter between his multiple batting roles. Rohit’s pre-2013 career revolved around, for the most part, playing as a middle-order batsman who could part-time bowl off-spin. But in all fairness, the 2013 Champions Trophy in England was the tournament when Rohit found his true calling in the gentlemen’s game.

Prior to that particular multinational-tournament, Rohit’s batting-average hovered around the mid-30 mark; a stat quite deceptive of the Nagpur-born batsman’s true potential. That’s when former India captain MS Dhoni came up with the idea of utilizing Rohit’s pyrotechnics at the top- order. Fair to say, it was that opening-promotion which delivered the perfect shot-in-the-arm to the Hitman’s eventual tryst with international-acclaim. Post that victorious Champions Trophy campaign, Rohit established himself as a quintessential part of the Indian batting order; courtesy of his blistering batting dynamics, and, to some extent, his astute on-field aptitude. The result, as we now know- Rohit presently averages a solid 49.27 in ODI cricket and holds an enviable reputation as the team’s vice-captain.

So it’s only natural that the Hitman and his fans to have a certain amount of gratefulness towards MSD; a few months back, Rohit went as far as to say that he’d pick Dhoni as his captain of choice. But not everyone credits MSD for Hitman’s staggering success story. Former Afghanistan batsman Karim Sadiq recently opened up on how Master Blaster Sachin Tendulkar’s ‘words of empowerment’, were the actual driving force behind Rohit’s success.

Over on an Instagram interview with Crictracker, Karim reminisced about the time when he didn’t like Rohit’s batting. According to him, Sachin’s verbal motivation and mental-backing was what enabled Rohit to unleash his true potential.

“I watched a show where someone asked Sachin Tendulkar which current batsmen can break his 100 centuries record. Sachin then picked Virat Kohli and Rohit Sharma. Before this statement, I never used to like Rohit Sharma’s batting,” Karim revealed.

Post those motivating words from Sachin, Karim claims, Rohit adopted a more-brutal batting stance. “After this statement, Rohit got to know about his capability and he even changed his batting stance. Now, he can easily smack even a 150+ kph bowler. If I had to pick someone who could smash 20-25 sixes in an innings, I’d pick Rohit Sharma. Hands down.” he concluded.