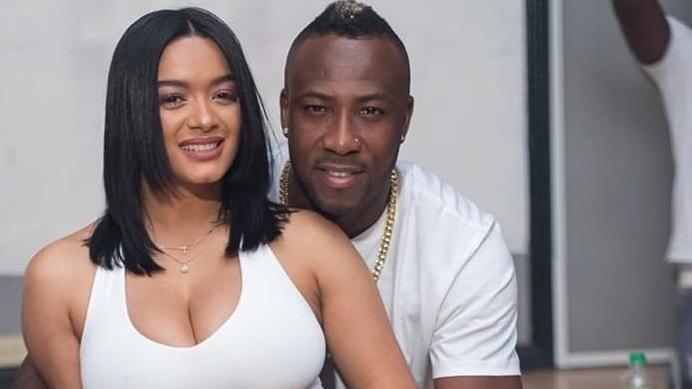 West Indies all-rounder Andre Russell and his wife Jassym Lora have quite an endearing love-story going on social media. The happily married Jamaican duo never shy away from expressing their love for one another on their posts; which, in turn, has made them one of the most popular celebrity couples on the internet. Jassym’s made a post from Kolkata’s Eden Gardens stadium during last year’s IPL that featured her interviewing her better half. The video, that featured ‘Russell Muscle’ and his wife both wearing his team KKR’s jerseys and merrily joking around, became an instant hit on social media and acquired thousands of likes, shares, and comments.

Mrs. Russell herself happens to be quite a successful internet icon with more than 337 thousand followers on Instagram. Her popularity stems from the various modeling and fashion-lifestyle influencing roles she elegantly portrays on such platforms. Her fine-looks and well-maintained body-fitness have made her a celebrity-crush for many fans.

Having said that, Jassym, inevitably, has to deal with a fair number of trolls, haters, and mean fans. Some of these people cross the line of tolerance, and resort to making downright derogatory and demeaning body-shaming comments. Something similar happened over on one of Jassym’s recent Instagram posts.

A few days back, Jassym posted a solo-image on her Instagram account captioned, “You become very dangerous when you learn how to control your feelings..”. Most fans reacted positively- a lot of them even appreciated her for acknowledging the tragic demise of beloved Bollywood actor Sushant Singh Rajput in the comments.

You become very dangerous when you learn how to control your feelings.. 🧠😈

Unfortunately, some rotten apples tried to bash this positivity-party and tried making inappropriate requests to Jassym. Mrs. Russell, to her credit, took a page from her husband’s book, and dropped in a witty reply that smacked the commenter right out of the park. 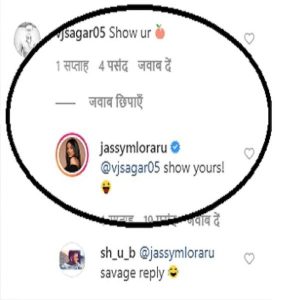