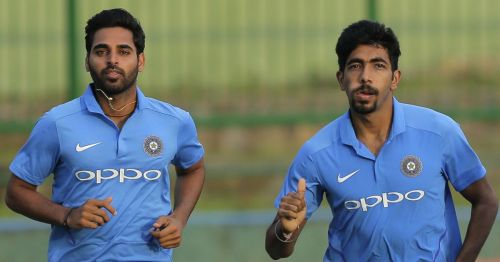 It was nearly three years from today when the Pakistan men’s team trounced their Indian counterparts in the iconic 2017 Champions Trophy final match at the Kennington Oval. Opener Fakhar Zaman led the charge for the men in green, as he compiled a sublime century to set an imposing 338-run target for his arch-rivals. The men in blue, in response, suffered through a rare top-order collapse at the worst possible time; and ended up folding for a paltry, 158-run total.

For as good as Fakhar’s match-defining knock was, it wouldn’t be fair to say that the left-handed batsman didn’t live through his fair share of lucky moments. Early in the innings, fast-bowler Jasprit Bumrah had managed to successfully trap Zaman caught behind with a sharp, incisive delivery. Virat Kohli and his visibly excited teammates had already started their celebrations- but they turned out to be premature; as subsequent on-field replays confirmed that Bumrah had overstepped in his crease.

Fakhar, to his credit, made full use of his reprieve; at the time of his dismissal, he hadn’t even crossed the double-digit mark. But the divine-intervention clearly spurred his faith; as he went on to add a hundred more runs to his total and finished with a man-of-the-match-winning 116-run knock.

Bumrah’s teammate and fast-bowling partner in crime, Bhuvneshwar Kumar, opines that the no-ball was the match’s singular, game-defining moment. Over on a recent chat with ESPNCricinfo, Bhuvi retrospected upon all the factors that had caused the Indian side to lose that match.

“In the 2017 Champions Trophy final, things changed after Jasprit Bumrah’s no-ball. It’s not like we’ve had a one-sided loss or we went down without a fight. We’ve always lost due to an unfortunate event or incident,” Bhuvi commented. “Although, the 2017 Champions Trophy final was a one-sided loss where they outplayed us. And it’s difficult to pinpoint the exact reason for the loss.”

Further, Bhuvi talked about the Indian team’s consistent string of bad luck in some of the more recent tournaments. The Meerut born-pacer feels that the knockout losses, while unfortunate, often overshadow the team’s otherwise impressive showing across the major parts of the tournament.

“In that entire World Cup, Rohit Sharma had scored five or six centuries, KL Rahul was in good form, Virat Kohli played as always and we had MS Dhoni as well in the team. But losing these knockout matches masks the fact that we played very well through those tournaments,” he concluded.