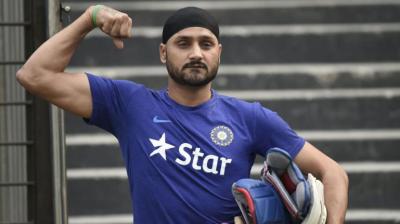 Veteran off-spinner Harbhajan Singh is all set to resume the second-spell of his life. On Sunday, movie enthusiast Ramesh Bala made several tweets which suggested that the ‘Turbantor’ was gearing up for his acting-debut in a Tamil movie. Harbhajan later himself confirmed the news by uploading a poster of the movie, titled ‘Friendship’.

Presently there’s little information available about the John Paul Raj and Shyam Surya directed project, aside from Harbhajan’s participation. The directors will shortly announce the full cast of the movie. Interestingly, Bhajji’s full-time acting debut wouldn’t actually be his maiden appearance on the silver-screen. The seasoned Chennai Super Kings all-rounder has previously made cameo appearances in the Bollywood movies Mujhse Shaadi Karogi (2003) and Second-Hand Husband (2015).

Currently ranked as the third most-successful Indian bowler in tests, Harbhajan’s playing days seem to be nearing their end. His last international appearance came against the UAE in the 2016 Asia Cup. He hasn’t played any domestic matches for the Punjab team in almost 2-years, but  continues to be an active member of the Chennai Super Kings in the Indian Premier League.

Speaking of the movie, Harbhajan appears quite pumped-up for his debut, and has already made several social-media posts on the news. The movie poster, for one-thing, promotes the film to be one of the highlights of the ongoing year. Bala’s tweet further makes an exciting promise of the movie “going to spin world-wide”. Check out some of the social-media releases made available thus far: 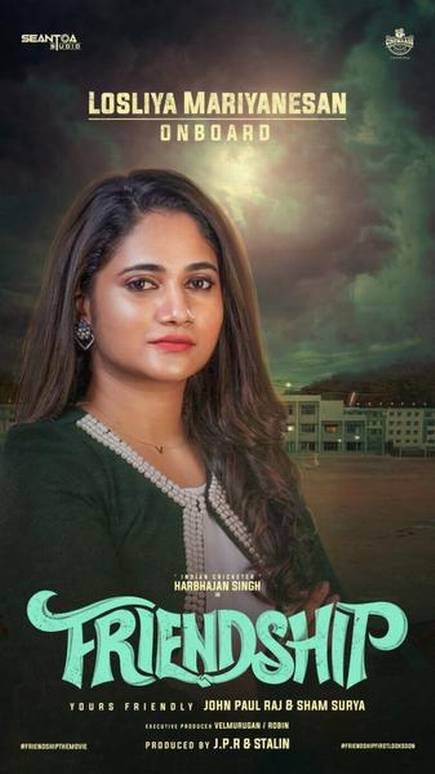 Losliya Mariyanesan is the main female lead opposite Harbhajan Singh

To make things more interesting, Harbhajan will most likely be competing against a former-teammate in the box-office. Fast bowler Irfan Pathan, who recently announced his retirement from cricket, is yet another cricketer in-line to make an acting debut. Pathan’s Kollywood debut’s news had already been confirmed back in October last year. He’ll star in a movie directed by Ajay Gnanamuthu, co-staring alongside Tamil cinema-star Vikram. The film, tentatively being called ‘Vikram 58’, features music from Oscar winning composer AR Rahman. The actual filming of the movie will commence shortly, spanning across various locations of the country.