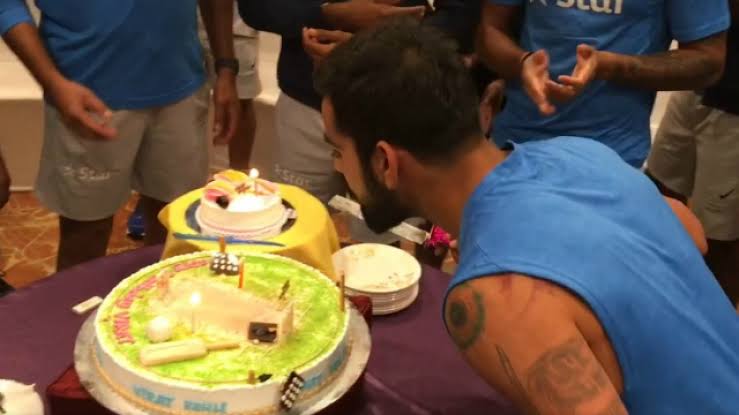 It has been more than three, painfully-long months since our cricket-addicted fandom last got a taste of some real on-field action. While the coming month of July should bring some much-awaited relief with the England-Windies test-series; we still want more. So in a bid to stay in touch with the roots of the gentlemen’s game we all admire, let’s have a look through some of the June-born cricketers and their on-ground accomplishments.

The Tamil-Nadu born wicketkeeper-batsman is, in terms of age, the most senior name on this list. Karthik, or ‘DK’, as he’s often referred to, has been a part of the Indian setup ever since his debut against Australia back in 2004. Many fans regard him as one of the more underrated gems of the Indian team owing to the fact that DK’s international career, for the most part; progressed in a somewhat overshadowed manner because of Mahendra Singh Dhoni’s presence in the team.

It wouldn’t be totally unfair to say that DK’s progressions curve has aged in a fashion similar to alcohol- it just gets better with age. One doesn’t have to look much further beyond his stellar 2018 Nidahasa Trophy heroics; where his last-ball six off pacer Soumya Sarkar propelled India to one of its most iconic victories in recent times. That sensational performance soon propelled him to nation-wide acclaim- and DK only enhanced on that reputation; as he led his new IPL franchise Kolkata Knight Riders to an astute third-place finish in IPL-11. Though his recent international fortunes have been somewhat bleak, since his final appearance in the 2019-World Cup- fans can surely expect the Madurai-based pocket dynamite to pack a solid punch when the opportunity comes knocking.

The incumbent vice-captain of the Indian test-side has quite a sensational backstory behind him. Ever since his T20I debut against England in 2011, fans couldn’t help but compare Jinx’ text-book technique to that of yet another Mumbai-born batsman.  Those sentiments further materialized in next year’s IPL, where he accumulated as many as 550-runs for the Rajasthan Royals. Over the first half of the last decade, Rahane carved a niche for himself as a versatile, quick-scoring LoI batsman.

It was his test debut in 2013, though, which laid the foundation for Rahane’s second-innings in the sport. His rock-solid defiance, coupled with his ability to play gritty innings across every corner of the globe established him as a mainstay in the test team. Rahane, much to his credit, has been able to live up to that prestigious reputation; evidenced by the 90+ scores he has recorded in each of the test-playing nations (barring Pakistan). His moment under the Sun came back in the Delhi-test match against South Africa in 2015; where his twin-centuries helped the hosts overcome a show of gritty-resistance from Hashim Amla and AB de Villiers.

While his red-ball pedigree stands as indomitable as ever, Rahane’s limited-overs stocks do seem to have taken a hit. His last ODI appearance came back in 2018- T20I even two-years prior to that in 2016. It’d be interesting to see how well he adapts to his new IPL home, the Delhi Capitals; a side loaded with multiple ‘test-specialists’ like himself.

From the Indian vice-captain to the ex-Sri Lankan captain. The Colombo-born all-rounder’s journey is a fascinating one, yet, in some way or another, it gets brushed under the carpet. Mathews’ love with the sport goes back to 2006, when he was just a 16-year old teenager captaining his country in the under-19 World Cup. It didn’t take long from then for the Lankan management to identify his keen aptitude for the sport; fast forward to 2008, Mathews had already made his ODI debut against Zimbabwe.

Over the next couple of years, Matthews established himself as a versatile any-position batsman who had the ability to consistently provide ten-overs worth of pace-bowling. He played an important support-role in Sri Lanka’s 2011-silver medal World Cup campaign, coming up with breakthrough performances in each of the three playing aspects. Despite his commendable performances, his team could never manage to cross the final hurdle; a trend that they were able to finally buck in the 2014 T20 World Cup. That was also the year when Mathews scored his maiden ODI century.

The latter half of the 2015-2020 decade proved to be a rather challenging one for Mathews, and the Lankan team in general. This was around the time when several of the marquee Lankan stars were hanging up their boots; leaving Mathews in-charge of grooming an up-and-coming generation of cricketers. He tried filling that mentor cum player role for 2-years, but the job took a massive toll on his body. Around mid-2017, Mathews underwent a series of back-surgeries which kept him out of the international circuit for quite some time. And when he did make his comeback in late 2017, his bowling wasn’t the quint-essential asset that it used to be.

Having said that, ‘Superman’ Mathews seemed to be making a strong comeback before the COVID-19 pandemic broke out. In a test-match against Zimbabwe this January, he finally made his way into the elusive test-match double-centurions’ club. His bowling stocks seem to be replenishing as well; evidenced by the match-winning 10-0-59-4 spell he bowled against the Windies in his last ODI appearance.