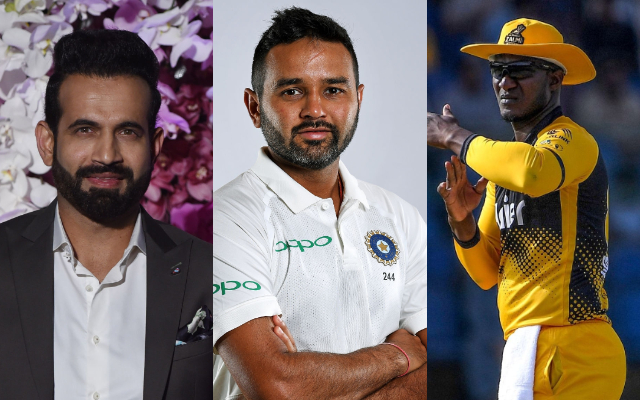 The tragic death of Minneapolis citizen George Floyd has sparked a strong resistance against the evils of skin-color-based discrimination. Over the course of last week, celebrities across every wake of life have been active in speaking out against the heinous sentiment of racism that still prevails in our society. Several of them even made some of their personal accounts of facing discrimination public to demonstrate the gravity of the situation. Former West Indies World Cup-winning captain Darren Sammy happens to be one such person.

On Saturday, Sammy posted a series of stories over on his Instagram account narrating the discriminatory treatment he and his Sri Lankan teammate Thisara Perera had to face back when they played for the Sunrisers Hyderabad in the 2013 IPL. Sammy accused that certain anonymous members of the Sunrisers’ management used a racial slur to refer to him and Perera. He clarified that at the time, he had misunderstood the word ‘Kalu’ as a compliment; but, recently, has been made aware of its racial implications. He concluded his post with the caption ‘I am angry’.

Sammy’s former SRH teammates speak up on the matter

Two days since his Instagram outrage, several of Sammy’s former SRH teammates have addressed his claims. All-rounders Irfan Pathan and Venugopal Rao, alongside wicket-keeper batsman Parthiv Patel, have come up with some interesting observations on the matter.

Parthiv, who shared dressing rooms with Sammy for one season in 2013, claimed that he hadn’t heard any sort of racial abuse from any player. Speaking to the Telegraph, Parthiv went on to quote, “I don’t think I have heard anyone using those (derogatory) words”. Parthiv did, of course, move over to the Royal Challengers Bangalore in the next season while Sammy stayed with SRH.

However, even his teammates from 2014 aren’t too certain if something like this had happened. Former India all-rounder Venugopal Rao claimed that he too, wasn’t aware if such a thing had happened. “I’m not very sure, to be honest, I’m unaware”, he said.

Former all-rounder Irfan Pathan is yet another player who featured alongside Sammy in SRH’s 2014 line-up. Like Parthiv and Rao, Irfan also denied being aware of any particular racial jibe against Sammy or Perera. He further felt that the matter would have been seriously considered had it happened. But at the same time, he acknowledged that being subjected to racial-slurs is a reality in the domestic arena. According to him, South India based cricketers are the main victims of discriminatory treatment owing to their relatively darker complexion.

“I was there with him (Sammy) in 2014. I feel had this really happened, the management would have discussed the matter. So I’m not aware of such things as nothing was discussed as such. But at the same time, we need to educate our people because I’ve heard racial jibes in domestic cricket.

Some of our cricketers from the south, especially, have faced that in the northern and western parts of the country, though I don’t want to name anyone. What happens is among the crowd, someone tries to act like a jester. It’s not because people are racist, but it’s like someone trying to be popular by saying something seemingly funny that amounts to crossing the line on certain occasions,” Pathan concluded.