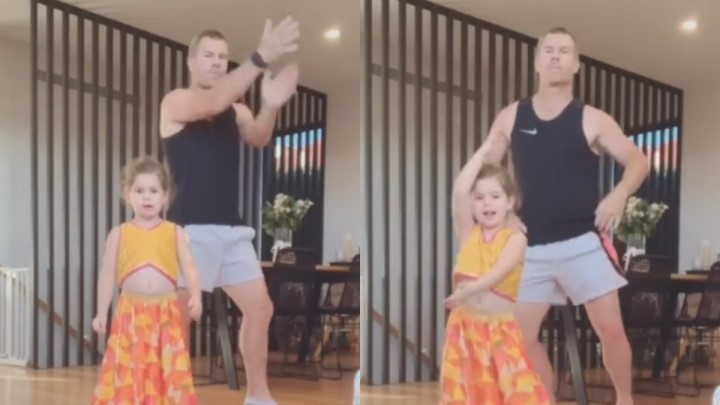 While Tik Tok ban in India created a wave of shock amongst many of the app’s followers, it came as a pleasant surprise for a lot of people. The Indian Govt. banned 59 Chinese apps including Tik Tok to retaliate against China and to support the #BoycottChineseproducts movement.

During the lockdown period, Australian left-handed batsman David Warner gained enormous popularity in India on the famous video making platform. He created funny videos with his family and recreated south Indian movie scenes to attract the fans. He even invited India skipper Virat Kohli to join the platform.

After the Tik Tok ban, most of Warner’s fans could not access the app. Ravichandran Ashwin and several other Indian social media users pulled his leg by asking him what he would do next. Finally, the star Australian batsman has reacted to all the queries and information coming his way. 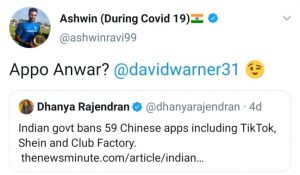 While Tik Tok is no longer accessible in India, the Australia opener David Warner is still active and posting regular videos. He is even sharing the videos on Instagram.

I can’t do anything about the ban in India : David Warner 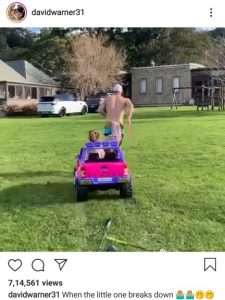 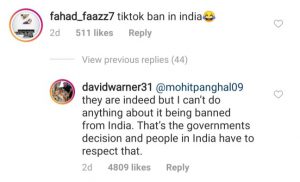 David Warner has aptly used this lockdown to spend quality time with his family. As far as his performance on the field is concerned, he was in an amazing touch during the ICC World Test Championship. He had a forgettable Ashes series, but during the Australian summer, Warner displayed his batting prowess once again with a splendid triple century against Pakistan. His red-hot form continued against New Zealand where he took his tally to 881 runs in 10 Tests.

As for the top scorers’ tally, Marcus Labuschagne and Steve Smith holds the first and second position respectively, while David Warner is on the third position. Only one Indian batsman is in the top 5 in the form of Mayank Agarwal. Rahane features on sixth position whereas captain Kohli is on number eight.