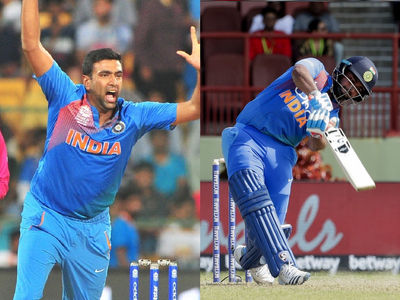 2 limited-overs series into the New Zealand tour, and the Indian team has enjoyed stays on both sides of series-whitewashes. The team is now gearing up for the upcoming two-match test-series, starting from 21 February at the Basin Reserve. With the change of formats, a number of returning-players are expected to make their way back into the side. Wicket-keeper Rishabh Pant and spin-bowling all-rounder Ravichandran Ashwin are two such players, eagerly waiting for some game time. And accompanying them; in this frustratingly lengthy cycle of patience, is the co-owner of the Delhi Capitals, Parth Jindal. Earlier today, the head of the Jindal South West (JSW) Sports made a series of tweets, questioning the exclusion of the said players from the Indian playing XIs.

Pant and Ashwin missing in action from the team

To get an idea of the context; Ashwin’s latest India appearance had come in the iconic pink-ball test against Bangladesh last-November. His last white-ball dates back even further; being an ODI match against the West Indies nearly 3-years ago. Post that 2017 tour of the Caribbean, the Indian team decided to adopt wrist-spin as their wicket-taking option of choice. And while his off-break partner, Ravindra Jadeja did ultimately find his way back in the side, Ashwin’s fortunes have mostly eluded him on that front.

Pant’s case, on the other hand, has been considerably more-intriguing. His first break from the playing XI came at the expense of seasoned ‘keeper Wriddhiman Saha’s comeback into the test side. ‘Superman’ Wriddhiman enjoyed a couple strong-series against the visiting South African and Bangladesh teams, which has relegated Pant’s spot to bench-warming. Nonetheless, Pant enjoyed a long-run of opportunities in the T20I side, featuring in all three of the home-series against South Africa, Bangladesh and the West Indies. Although his dwindling-T20I- returns didn’t really allow him to ‘cement’ his spot; in-fact, a good number of fans wanted back-up gloves-man Sanju Samson to get some game-time. Eventually though, the young Haridwar born ‘keeper redeemed himself, with a good string of performances in the ODIs against the West Indies.

Pant’s story: So close…yet so far away

It was at this point that lady-luck decided to initiate her own sequence of ironic-events. A concussion-injury in the first ODI against Australia meant that Pant had to spend some time on the sidelines. Part-time keeper KL Rahul automatically filled in his vacancy. However, Rahul’s sublime, versatile showing with both the bat and the gloves turned out to be a bit too lavish for the team. So much so; that in the following T20 and ODIs against New Zealand; Rahul pipped Pant to the spot of the team’s incumbent wicket-keeper. The series concluded, with Sanju Samson getting a couple of opportunities in the T20Is. Pant, meanwhile, once-again, has fallen out of favor.

As it would appear, the Delhi Capitals’ co-owner Jindal hasn’t been the biggest fan of the Indian team’s selection policies. In his series of tweets, Jindal made a strong-case for both the stars of his IPL franchise. He began by asking as to why Pant hadn’t been made available for the India-A team if the senior-side didn’t have intentions of playing him in the first-place. Further, he claimed that “it makes no sense” for someone as gifted as Pant not to feature in the inconclusive dead-rubbers.

And why carry @RishabhPant17 only for him to warm the bench? Surely he would have benefited from paying against New Zealand A or domestic cricket? To see a player as talented as him not play the 5th T20 and now the 3rd ODI makes no sense #Xfactor

Talking about Ashwin, Jindal seemed perplexed about team India’s ‘aversion’ to play wicket-taking bowlers. His conclusion, about the team missing ‘X-factors’ and ‘wicket-takers’, included a throwback to the team’s heart-breaking World Cup semi-final loss against the Blackcaps.

Don’t know why @ashwinravi99 is not in this team! There seems to be an aversion to wicket takers! After white washing the kiwis in T20’s the Kiwis showing India that the semi final victory in the World Cup was no fluke. India needs wicket takers and players with X factor