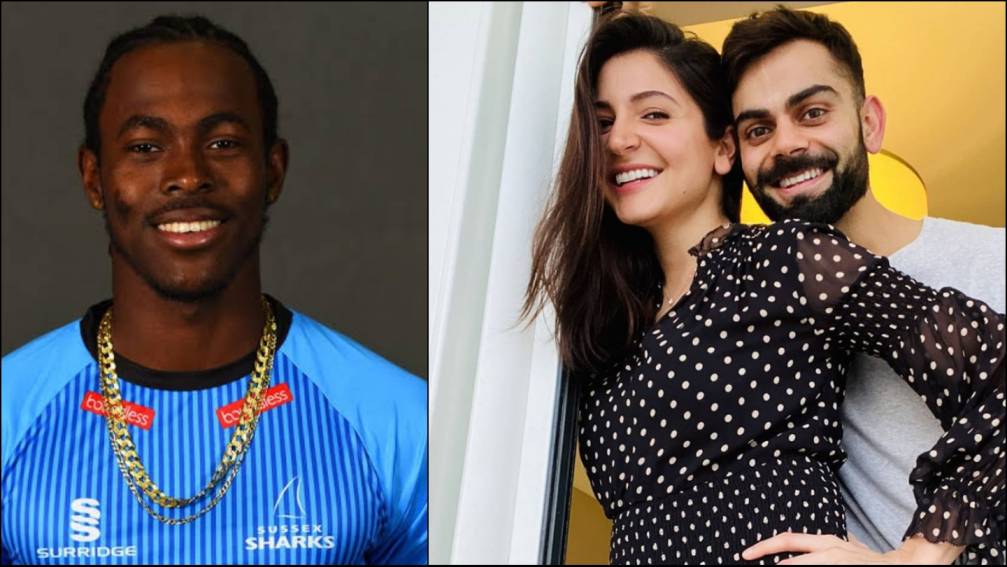 There’s a good reason why fans have nicknamed Jofra Archer cricket’s ‘Nostradamus’. The Barbados-born, English all-rounder’s Twitter account has, on more than one occasion, made starkly accurate future-predictions. Now whether or not they’ve been composed keeping some unbeknownst, hidden secret in mind; that’s a question Jofra is yet to answer. But it sure does amuse his fans when his seemingly-random prophecies turn out correct.

Something similar happened on Thursday, when some fans linked one of Jofra’s tweets from 2015 to Virat Kohli’s upcoming parenthood-announcement. The Indian skipper took to his social accounts yesterday, to share a picture featuring himself, and his pregnant wife, Bollywood actress Anushka Sharma. ‘And then, we were three. Arriving Jan 2021,’ the caption on their photo read.

Virat and Anushka receive many felicitations

The ‘Virushka’ couple, being the renowned celebrity duo that they are, received a whole bunch of well-wishes and congratulations. The likes of Hardik Pandya, Chris Gayle, Rohit Sharma- and several other cricketers were among the first to drop in their felicitations. Meanwhile, stars like Kiara Advani, Priyanka Chopra, and many others from the entertainment contingent were quick to react.

Now, where does Jofra’s name feature amongst those names? Presently, it doesn’t feature anywhere, and he’s yet to congratulate the pair- should he decide to do so. But it turns out that one of his erstwhile posts on Twitter makes a lot of chronological-sense, with regards to the Kohlis’ pregnancy-news.

On the 1st of January 2015, Jofra made a crisp tweet that simply read, ‘January 5th…’. The tweet didn’t make much sense at the time- but given the prophetic nature of his prior tweets, a good chunk of fans are willing to bet that the new-comer in the Kohli family will be born on that very date! Here’s how they reacted:

As for their current whereabouts, Kohli is in the United Arab Emirates (UAE), waiting to soon join his Indian and South-African RCB teammates. Meanwhile, Jofra has been rested by the English management after featuring in consecutive test-series against the Windies and Pakistan. Fans expect him to feature in England’s upcoming LoI series against Australia starting from September.