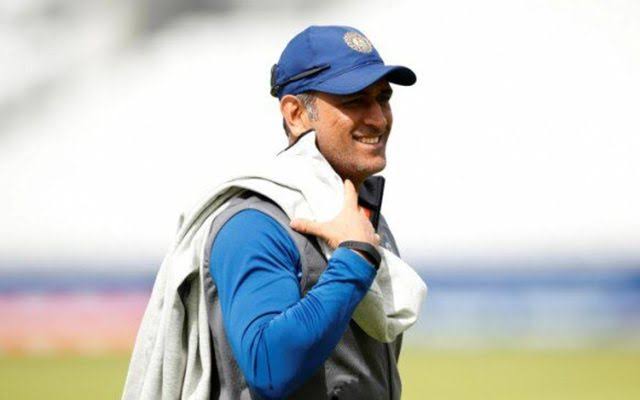 Since the ICC World Cup 2019, MS Dhoni is out of the action and there was speculation news that it might be ending of Dhoni’s era. However, there is still no update from Dhoni’s side and it will be interesting to see that when MS Dhoni will play cricket once again. Meanwhile, the former captain’s fans are eagerly waiting for the Dhoni’s action for again.

Recently, during the third and final test match of the India vs South Africa series at JSCA stadium in Ranchi, Dhoni made his presence in the Indian dressing room and had chat with the players. Not only fans but also players are missing the presence of MS Dhoni in team India especially youngsters as they are missing masterpiece guidance from the legendary cricketer.

According to the sources, MS will make his return to international cricket in January. And he also has started the work on his fitness by playing other games. He also started his preparation by joining gym sessions. But before that one more good news has come up for the former captain’s fans. Actually, the official media partner of BCCI ‘Star Sports’ has a unique plan.

Currently, Team India is playing three matches of the T20I series against Bangladesh. And thereafter they both have to play two matches Test series which is starting from November 14. Meanwhile, BCCI has finally announced India’s first-ever Day-Night test match which scheduled in Kolkata between 22-26 November 2019. To make the first Day-Night test match historical, Star Sports has a unique plan. Actually they have proposed a plan in front of BCCI President to make the opening of Day-Night Tests special one.

In the plan proposed by Star to BCCI President Sourav Ganguly for the pink ball Test, accessed by IANS, all the former captains of the Indian team are to be invited for the first two days of the Test match. And they will be asked to share their favourite moments from India’s Test history.

“Invite India Test captains for Day 1 & 2 of the Test. All captains at the ground along with (Virat) Kohli and the rest of the team as well as the dignitaries line up for the anthem. Captains appear on commentary as guests through the day to recollect their favourite moments from India’s Test history. Down memory lane segments recorded with individual captains are played on the big screen at the ground in breaks Day 4 onwards,” in an email sent to BCCI President by Star Sports.

Interestingly, this is will be for the first time that India’s World-Cup winning captain MS Dhoni will be seen donning the role of commentator. If he will accept the invitation. And it will be very good news for the fans if he accepts the invitation and shares his experience.