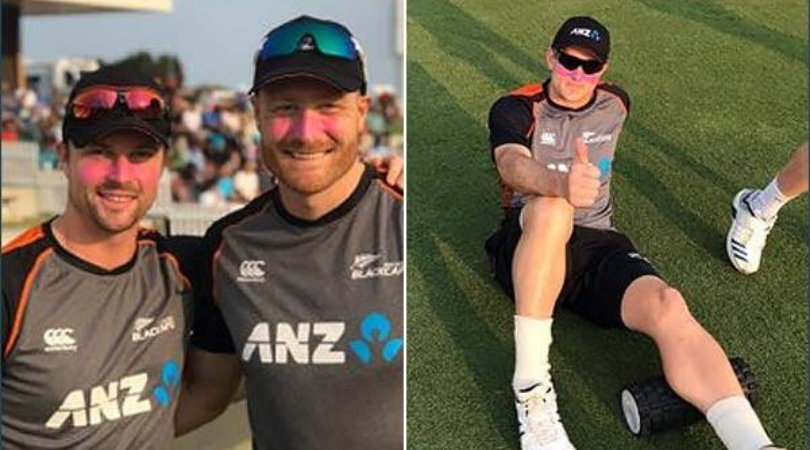 The Indian team, with their fifth win of the series, completed a rather anti-climatic whitewash over New Zealand. That has been the theme of the series for the Kiwis-anti-climatic. In almost each of the last 3-matches, the New Zealand players came touching distance within victory. Much to their fans’ disappointment, the hosts’ performance nose-dived in the dying moments of the match, which gave their tourists the perfect opportunity to fight their way back. So now, five-matches; two of them culminating in super-overs; later- the New Zealand teams occupies the unfavorable end of the spectrum.

The final match provided a crisp summary of the entire, 5-match series for the New Zealand players. First, the Indians got their opportunities to dazzle, and the likes of Rohit Sharma and KL Rahul laid down the foundation for a solid batting performance. New Zealand then put up a strong revival attempt, and with some disciplined bowling, managed to restrict the tourists to a decent total of 163/3. In their pursuit, New Zealand started off on an iffy note, losing 3-quick wickets in the power-play. Eventually, Tim Seifert and Ross Taylor stood firm, and carried the team to a position where they required 57 off 54 balls. A winning position, most pundits would suggest. Except it wasn’t meant to be.

The lack of experience and confidence from the preceding matches were all evident in the manner the team collapsed. Neither of Seifert or Taylor managed to hang on to finish off the chase. The result; tail-enders Ish Sodhi and Tim Southee were left with the massive task of collecting 19-runs off the final over. Sodhi tried his brave-best and clobbered Shardul Thakur for 2-maximums, but ultimately, fell a six-too short; even for a third super-over. India won the match, and the series by 7-runs.

Mystery behind the pink paint on players

During the match, several fans spotted the New Zealand players wearing a pink substance on their faces. Many speculated that the players had donned colored sunscreen, but actually, the Kiwi male players were making a supportive gesture for their female counter-parts. The New Zealand women’s team, or the ‘White Ferns’, as fans call them, will commence their World T20 campaign in a few weeks time. Their team sponsors, the ANZ Bank, urged the fans and the players to sport pink paint on their face to support the women’s team. In their tweet, they requested fans to pick up free zinc samples from their branches and use filters on social-media to convey the support. Fans and players throughout the country complied to their message, and posed with pink paint. Here are some of the images:

12 overs into the Indian batting innings at Bay Oval. India 101/2 Bennett dismissing Rahul for 45 in the 12th. Pink zinc on in support of the @WHITE_FERNS ahead of the @T20WorldCup. LIVE scoring | https://t.co/C9zslxZiaE #NZvIND pic.twitter.com/0bK6ixinhR

Ironically, while the women’s team would love the support, they’d hope to have much better luck in T20s than their male counter-parts. Today’s T20I defeat at the Bay Oval took their loss-tally to 23- most for any team playing the format. Fans expect the Kiwis to bounce back for the 3-match ODI series, which starts on 5 February at Seddon Park. Following which, there’ll be a 2-match test series starting from 21 February.