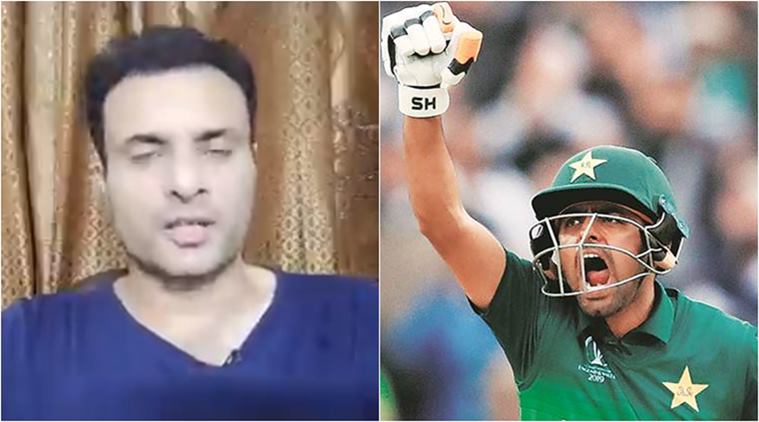 Pakistani batsman Babar Azam, recently appointed as the ODI men’s team’s captain, warmed up to his stint by hitting back at one of his critics. Former Pakistan fast-bowler Tanvir Ahmed had taken a dig at the news of Babar’s appointment, emphasizing that the latter ‘needs to work on his speaking-skills’.

“Babar Azam also needs to improve his English, which is necessary,” Tanvir opined. “Whenever someone becomes a captain, he has to talk during the toss and post-match presentation. Plus, he will also give interviews on various channels when he tours different countries,” he noted.

Regardless of how his comments should be perceived, Tanvir’s comments don’t completely lack context. Fans all across the globe troll the likes of Inzamam-ul-Haq, Saeed Ajmal and Umar Akmal for their lacking communication skills. Babar’s predecessor, Sarfaraz Ahmed, has quite a notorious social-media reputation over his ability to speak English.

Babar, however, seems to have his priorities straight, and isn’t mulling too much over the matter. In a recent interview, he came up with a hilariously candid reply that shut down Tanvir’s ‘concerns’.

“I’m a cricketer, my job is to play cricket. I am not a ‘gora’ (Englishman), who knows English completely. Yes, I am working on it, but you learn these things with time.  You can’t just suddenly learn it,” he said.

Although he didn’t mention it himself, but his comments strongly expose the hypocrisy of the global-fraternity when it comes to such irrelevant issues. Lionel Messi and Neymar Jr.- arguably the two most-popular South American footballers, prefer to converse in Spanish, Portuguese, or the languages that they are comfortable with. Doesn’t seem to be much of a ‘language-barrier’ problem there- so why make one in cricket?

Babar further admitted that he is hoping to emulate former World-Cup winning captain and current Pakistani Prime Minister, Imran Khan’s style of attacking-style of captaincy. “I believe in attacking captaincy like Imran Khan. It is an honor for me to captain Pakistan in ODIs as well. I take advice from Misbah bhai and senior players with regards to captaincy. It is not easy to lead the Pakistan side; but I will try my best to ensure the team produces good results in ODI and T20I cricket.”