Read: India cricketer Rohit Sharma names his pick for the most entertaining batsmen- and it’s not an Indian 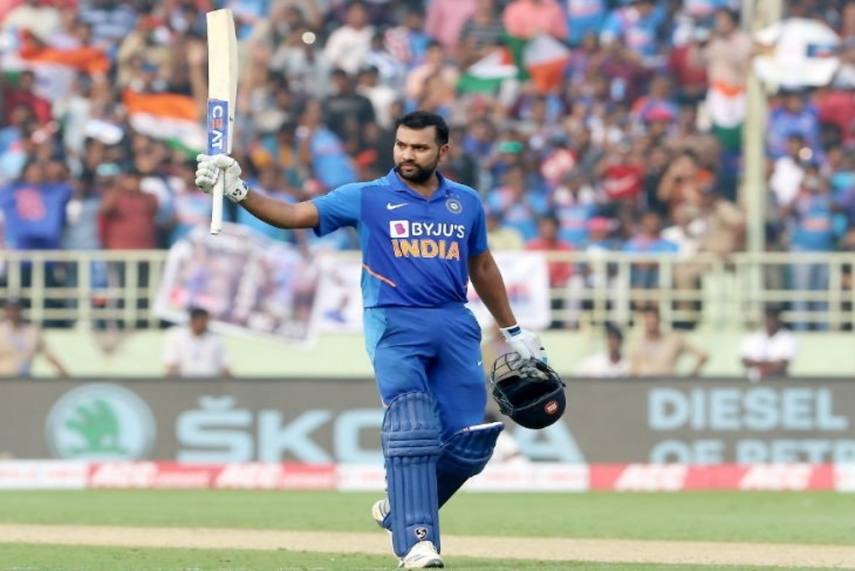 Hard-hitting India cricketer Rohit Sharma recently revealed his pick for the most-entertaining batsman in the international circuit. On Sunday, Rohit started a chat-based Q/ A session on his Instagram story where he took questions from his fans. One of his fans asked him to name the cricketers whose batting entertained him the most. Rohit’s answers, surprisingly, did not feature any Indian names.

The top run-scorer from last year’s ODI World Cup spent the last weekend answering anonymous FAQs from his fans. At some point in the chat, one of his Hindi-speaking fans asked him, ‘Aisa konsa cricketer hai jiski batting dekhne mein aapko maza aata hai?’ (T: Who is that cricketer whose batting offers you with the most entertainment?). Hitman answered the question, but it’s fair to say that his reply was a rather unexpected one. 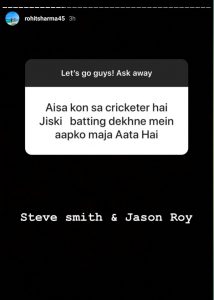 Do you see what we see here? That’s right- none of the batsmen Rohit picked are from the Indian team! In fact, neither Steve Smith nor Jason Roy has played alongside Rohit in the IPL, making his answer all the more interesting.

Coincidentally, one of Rohit’s selected batsmen, Steve Smith, also engaged in a Q and A session yesterday. With all regards to Hitman, though, Smith’s Q/ A session had a lot more hilarious replies than Rohit’s. Check some of them out for yourselves. 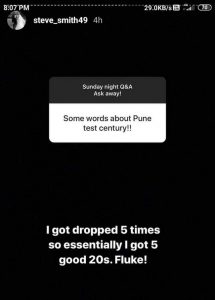 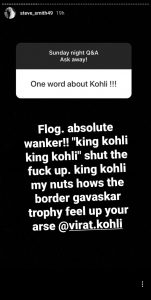 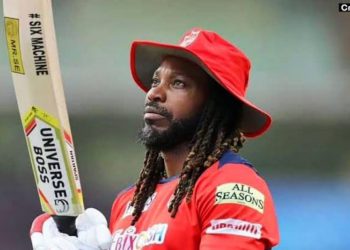 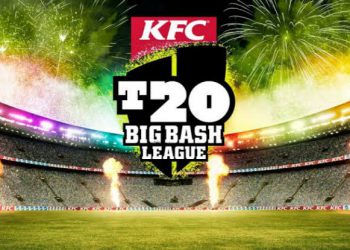