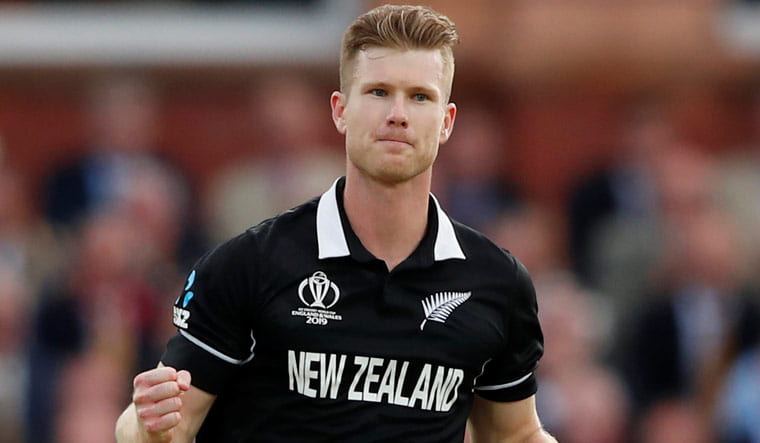 New Zealand all-rounder James ‘Jimmy’ Neesham has quite an impressive reputation on Twitter, everyone knows that. But what fans didn’t know is why he hasn’t ever played in the Pakistan Super League (PSL). While Jimmy isn’t as popular a T20 mercenary as some of his other Kiwi teammates like Mitchell McClenaghan or Ish Sodhi; he has made appearances for notable franchises like the Delhi Capitals (Daredevils then), and the Trinibago Knight Riders. But he’s yet to make a debut in the PSL.

Why so? Well, initially, some fans speculated that he might just like the IPL and CPL tournaments more than the PSL. This particular type of speculation stemmed when former West-Indies captain Darren Sammy revealed that he liked the PSL more than the IPL. Darren’s choice didn’t sit well with several Indian fans, who tried finding some angle or another behind his ‘bizarre’ pick. While Darren himself didn’t feel the need to explain his decision; some of the recent things that happened around him allow us to make a good, speculative guess.

“Why don’t you play in the PSL?”- Pakistani fan to Jimmy Neesham

But it turns out that Pakistani fans themselves have quite a tendency to pry in situations like these. A fan by the name of Ali Haider (@HaiderMirani_) inquired Neesham about his PSL absence. But he didn’t just stop there- Haider further added his own insights in the tweet, which implied that Jimmy liked the IPL more because of the extra money and the fame.

Clearly, they weren’t familiar with Jimmy’s witty, sarcastic commentary styles. Hopefully they will be now!

Or because PSL is in the middle of our home summer? https://t.co/kab4La5vlX

Besides keeping his Twitter-humor intact, Jimmy is currently training in the UAE with his new IPL team, Kings XI Punjab, for the upcoming, 13th season of the IPL. His all-round brilliance will most-certainly be a major asset to the KXIP, who’d be eager to finally add a trophy to their empty cabinet. The IPL 2020 starts from 19 September.